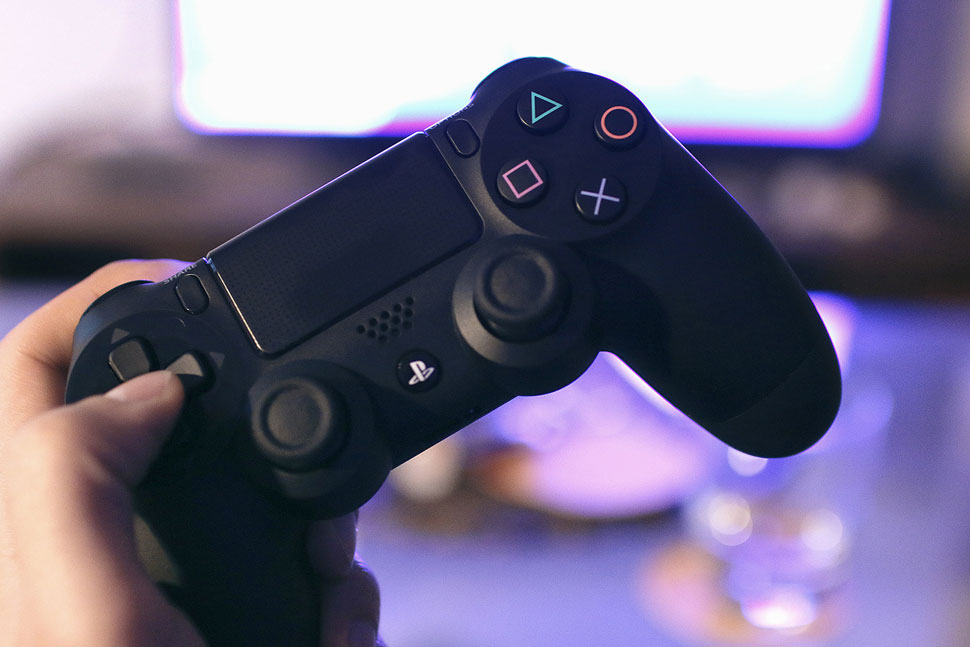 One of Andrea’s favorite memories is her wedding day. “It was perfect. It was just me and Rob on a beach standing on the cusp of the rest of our lives. I thought it was the beginning of a great adventure,” she says. She speaks wistfully, the way people do when talking about something long ago and far away, despite the fact that she has been married for only four years. In that time, however, things have changed. “He used to be this vivacious, fun, energetic person. That’s what I always loved about him; he was interested in everything.” About three years ago, those interests started to narrow, finally becoming focused on a single activity: video games. “He’ll play for 12, 14, 16 hours straight. He doesn’t work, he doesn’t shower, he barely eats.”

Andrea and I have known each other since we were teenagers, and it pains me to see her once enviable relationship crumble as her husband checks out of their marriage in favor of firing an imaginary gun at a television screen. Many of our mutual friends wonder why she doesn’t just leave. Andrea has her reasons. “We have a child together. We have a deep love for each other. His video game addiction isn’t an arbitrary, malicious choice, it is an illness. You don’t leave your partner because they’re sick.” But while Rob’s video game addiction is indeed an illness, Andrea believes it is also a symptom of another, even more distressing condition: depression. “This didn’t come out of nowhere,” she explains. “It’s rooted in something bigger than video games, and in order to get better, he has to heal from that. And I believe he can.”

Video gaming has virtually become a national pastime, with 51% of households in possession of a dedicated video game console and 42% of Americans playing at least three hours a week. Gaming, of course, isn’t typically a bad thing; it can be a deeply enjoyable and even enriching experience, helping people“see better, learn more quickly, develop mental focus, become more spatially aware, estimate more accurately, and multitask more effectively.” According to recent research, video games can even nurture a sense of empathy and altruism. But for some, what starts as a fun leisure activity turns into a destructive compulsion that takes over your life. Experts estimate that about 10% of gamers suffer from some degree of video game addiction, deeply disrupting your ability to function as you become consumed by your drive to play, and causing distressing withdrawal symptoms when you attempt to stop.

Finding Escape in the Virtual World

So what allows one person to game at healthy levels while another develops the obsessive need to play for hours on end? A growing body of research suggests that the most important predictor of video game addiction is the presence of a mental illness. In a study on over 20,000 participants published last month in the Psychology of Addictive Behaviors, researchers found that those who suffer from depression, ADHD, and OCD are significantly more likely to develop an unhealthy relationship with video games. “Excessively engaging in gaming may function as an escape mechanism for, or coping with, underlying psychiatric disorders in an attempt to alleviate unpleasant feelings, and to calm restless bodies,” says Dr. Cecile Schou Andreassen, lead author of the study.

While video game addiction most often affects young men, the desire to escape psychological pain via the world of games crosses boundaries of sex, gender, and age. “I wanted to shut out real life totally,” says Patricia, a 69-year-old recovering World of Warcraft addict. To cope with the emotional dysregulation triggered by her cancer and alcohol addiction recovery, she sought solace in gaming for 8-12 hours a day, “skipp[ing] out on Christmas dinners, her grandchildren’s visits, and romantic excursions with her aging husband” in favor of WoW. “I just wanted to climb in the game and stay there.” DansNewLife, a Reddit commenter on a gaming addiction forum, agrees. “The addict seeks relief from distress—think of how highly motivated you are to take your hand off a hot stove. When you stop, all the bad stuff keeps rushing back… for an addict, stopping means returning to a very painful, tortured existence.”

But the relationship between mental health disorders and video game addiction isn’t a one-way street. A 2011 study published in Pediatrics found that gaming itself can aggravate symptoms of depression, anxiety, and social phobias, and increase risk of developing new psychiatric problems. This is often accompanied by the emergence of significant social and occupational impairments, including decreased academic performance and deteriorating interpersonal relationships, further increasing distress and damaging the vital social support networks that serve to protect against addictive behaviors. “People with mental health problems or attention disorders are more inclined toward escapism and, therefore, habitual gaming,” writes Cecilia D’Anastasio. “But on top of that, people who game consistently from a young age will [often] develop attention disorders and social anxiety, which cripple them in school, leading to more intense mental health problems and a stronger drive to game.”

Breaking through the complex and reciprocal relationship between mental illness and video game addiction requires specialized treatment that address both the emotional and behavioral components of your distress simultaneously to create true and sustainable recovery. At Bridges to Recovery, we offer comprehensive dual diagnosis treatment for people struggling with mental illness and process addictions. Using a range of evidence-based and holistic therapies, we guide you through a deep process of personal discovery to illuminate the roots of your suffering and give you the skills to remove the obstacles to healing. The immersive nature of our program allows you to engage in an intensive therapeutic process that rapidly relieves your pain and instills the focus and emotional tranquility you need to regain control of your life.

At Bridges to Recovery, we also understand that the effects of mental health disorders and co-occurring addiction go beyond the person who is struggling with these issues, and can deeply affect relationships with loved ones. To promote mutual understanding and nurture these vital bonds, we offer Family and Couples Therapy for all of our clients who wish to involve their families in treatment. With the guidance of compassionate clinicians, you can safely explore the impact your psychiatric issues have had on your relationships, identify unhealthy family dynamics, resolve conflict, and move toward more balanced, satisfying relationships. Family and Couples Therapy can be an integral part of your long-term recovery process, and meaningful social support has been shown to dramatically decrease relapse rates and hospitalizations. With the right supports, you can break the cycle of suffering and addiction and move forward together to create a brighter future for yourself and your loved ones.

Bridges to Recovery offers comprehensive dual diagnosis treatment for those struggling with mental health disorders and process addictions as well as substance use disorders. Contact us for more information about how we can help you or your loved one start the journey toward healing and create sustainable recovery.