The term depression generally refers to major depression or clinical depression, the mental health condition that causes persistent depressed moods in a chronic pattern. However, there are also many variations of this mental illness. Some may be triggered or worsened by hormones, such as premenstrual dysphoric disorder, while others are situational, triggered by stressful events, like adjustment disorder. There is seasonal depression, known as seasonal affective disorder, and depression that occurs as a part of bipolar disorder.

All types of depression are diagnosable and treatable. Consistent treatment can lead to significant improvement of symptoms and a return to feeling good. 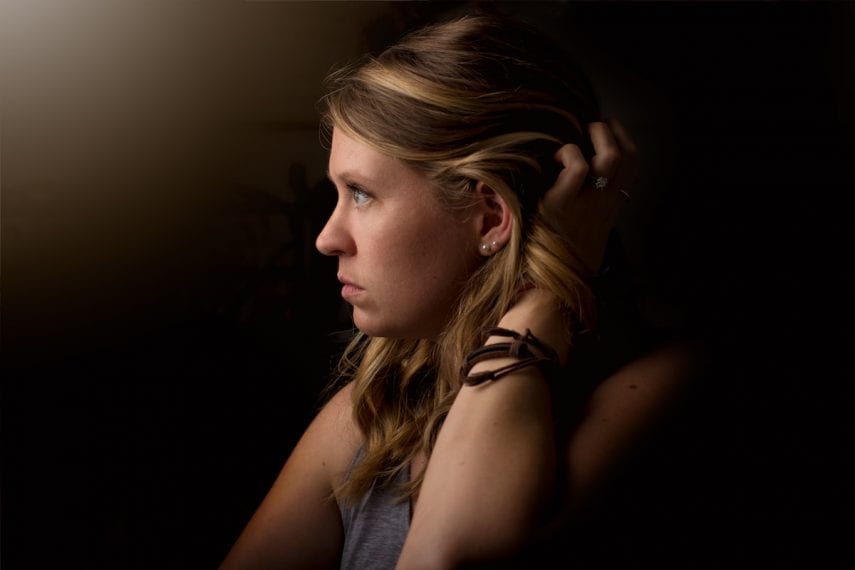 When describing a diagnosis of depression, the term generally refers to the mental illness that is officially called major depressive disorder, but it can also be called clinical depression or major depression. This is a condition called a mood disorder that causes a persistent depressed mood, intense sadness, hopelessness, and other negative emotions. To be diagnosed with major depression, an individual must experience at least five of the nine characteristic symptoms for a period of two weeks or more:

As with any type of depression, clinical depression can be treated effectively. With a proper diagnosis, a treatment plan that usually includes medication and therapy, support from family or friends, commitment to treatment, and thoughtful self-care, an individual with depression can recover and manage symptoms.

Previously known as dysthymia, persistent depressive disorder, or PDD, is a type of depression that causes sadness and a depressed mood that is less intense than that experienced by someone with major depression. This low mood persists almost daily for at least two years, but does not significantly interfere with a person’s ability to function. PDD is sometimes referred to as high functioning depression, but this is not the accepted psychiatric term. Someone with high functioning depression may seem completely fine to others, but on the inside is struggling.

To be diagnosed with PDD a person must experience at least two of five characteristic symptoms along with the persistent depressed mood: lack of appetite or overeating, insomnia or oversleeping, fatigue, low self-esteem, difficulty concentrating, and feeling hopeless.

It is not at all unusual for a woman to feel a little down during or after pregnancy. These feelings are generally mild and don’t persist for more than a couple of weeks. Some women, however, will develop serious depression either during pregnancy (perinatal depression), after giving birth (postpartum depression), or both during and after pregnancy. One out of every seven women who have given birth will experience this kind of depression with symptoms that are similar to those of major depression.

Some symptoms that are specific to perinatal or postpartum depression include:

Rarely, postpartum depression can lead to postpartum psychosis, a condition that causes hallucinations, delusions, paranoia, disorientation, obsessive thoughts, and self-harm and harm to the baby. This condition is very serious and can be life-threatening for the mother and child. It requires emergency intervention and treatment.

Premenstrual dysphoric disorder is an extended and more severe form of PMS, premenstrual syndrome. PMDD may include any of the symptoms of major depression but also physical symptoms like those experienced during PMS and certain specific mood symptoms. In addition to major depression symptoms, PMDD may cause:

PMDD typically starts a week to 10 days before menstruation and may continue for a few days into a woman’s period. Antidepressants may help reduce symptoms for women with PMDD.

SAD is a seasonal type of depression, often triggered by colder temperatures and fewer hours of sunlight during the winter months. SAD may cause any of the typical symptoms characteristic of major depression, but they occur in the fall and winter. Depression treatments like therapy and antidepressants can be effective in treating SAD, but it is more often treated effectively with light therapy. To undergo light therapy a patient sits in front of a special light box that gives off bright light without harmful ultraviolet rays. Each session lasts about 20 minutes and may be used once a day throughout the winter.

Psychotic depression occurs when an individual has the symptoms of major depression as well as symptoms of psychosis. Psychosis is a break with reality, and symptoms can include hallucinations, delusions, and paranoia. Hallucinations may include hearing or seeing things that aren’t really there. Delusions are false beliefs in the face of evidence to the contrary. Paranoia is suspicion of other people—that anyone, or someone specific, will cause someone harm or is a threat.

The psychotic symptoms that may accompany depression are often related to the depression, like hearing voices that are critical or convince an individual that he or she does not deserve to live. Delusions are typically related to guilt and shame and are often negative. Believing one has a terrible illness, for instance, is a delusion characteristic of psychotic depression. Psychotic symptoms can be very harmful and need to be treated immediately, as a medical emergency, and may require hospitalization.

Situational depression is not a clinical diagnosis, but a person may be diagnosed with adjustment disorder with depression symptoms and this may sometimes be referred to as situational depression. Adjustment disorder occurs when psychiatric symptoms set in within three months of a significant life event that causes significant stress. This may be a loss of a loved one, a divorce or other relationship problem, a physical assault, a move, or anything else that is personally stressful, even if it doesn’t seem like a big deal to someone else

Adjustment disorder causes a range of symptoms, many of which overlap with depression:

Unlike most types of depression, there is a known cause or trigger for adjustment disorder. In many cases a person is able to cope with a stressful event, but when coping is not possible the symptoms may persist and a diagnosis and treatment may be necessary.

The Importance of Diagnosis and Treatment

Regardless of type, every case of depression should be diagnosed by a mental health professional and treated. While some types of depression are temporary or cyclic, depression is generally chronic and won’t improve without intervention. Anyone who experiences the signs of any of these types of depression should reach out for help. Recognizing the signs in a loved one is also a reason to reach out, to offer help. Depression is treatable and the prognosis is positive if the patient is consistent with treatment, communicates with doctors about effectiveness of treatment, and relies on the support of others.