May 17, 2016, Elisabet KvarnstromBridges to Recovery 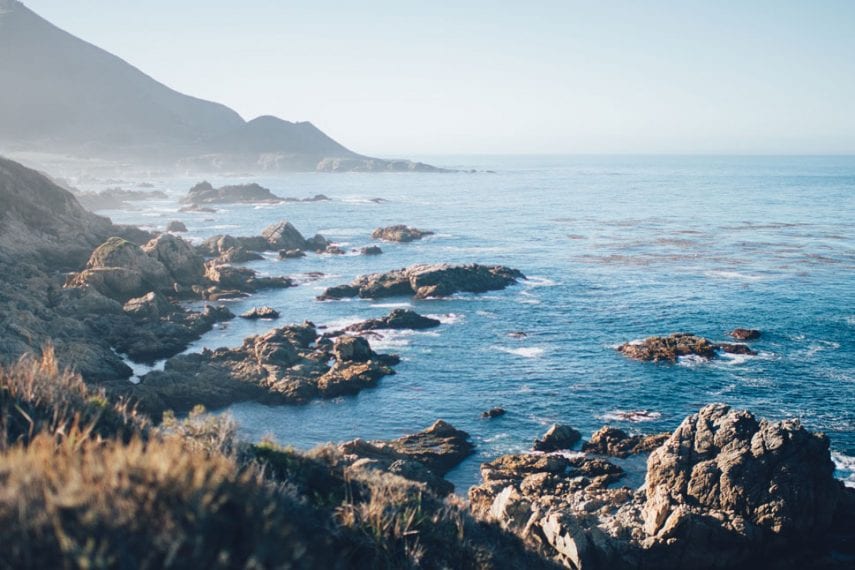 When most people talk about the environmental causes of mental illness, they’re talking about your formative experiences, your family of origin, your relationships, your job, and exposure to trauma.

But a growing body of research is showing that “environmental causes” may be much more literal than previously known; while seasonal changes and sunlight have been well-established as impacting psychological health, more recent studies are suggesting that landscapes themselves can have a significant effect on our overall emotional wellbeing.

In a study published last month, researchers at the University of Michigan and the University of Canterbury used topography data to investigate the impact of blue and green physical landscapes on psychological health. The research focused specifically on residential locations in Wellington, New Zealand, which is flanked by both the Tasman Sea and the Pacific Ocean. Aside from the stunning water views, Wellington also offers a wealth of green spaces, including forests and grassy parks. This data was then compared to levels of psychological distress indicated by the New Zealand Health Survey, which uses the highly reliable Kessler Psychological Distress Scale to screen for mood and anxiety disorders.

After accounting for socioeconomic factors such as income, age, and sex, the study determined that “having a view of the ocean was associated with improved mental health.” Meanwhile, green views did not appear to offer the same psychological benefits, despite the fact that green spaces have previously been shown to reduce distress in other studies. While the results may have been impacted by the fact that green spaces included both natural and man-made areas, the study may have important implications for mental health at a time of rapidly increasing urbanization. Amber L. Pearson, one of the study’s authors, said she “believes that careful planning in highly urbanized areas, such as ocean views from high-rise buildings, could have the potential to improve mental health disorders.”

While the New Zealand study has gained an extraordinary amount of attention in recent weeks, it is not the first time the psychological impact of water views has been investigated. Several years ago, Professor Michael Depledge and environmental psychologist Mat White invited participants to view photographs of a variety of landscapes, including both greenery and water imagery. While the research subjects reported lower stress levels when shown photographs of green spaces, their preference started to shift as they were introduced to images of increasing amounts of water, from ponds to coastlines. But the preference wasn’t confined to natural bodies of water. “We repeated that with urban scenes, from fountains in squares to canals running through the city, and once again people hugely preferred the urban environments with more water in them,” Depledge explains. Overall, photographs with both blue and green spaces were the most highly preferred images of all.

Although the psychological benefits of water views appear to be undeniable, researchers remain uncertain about the exact mechanism by which these benefits are conferred. “There are all sorts of intriguing theories,” says Depledge.

One is that human beings have evolved in intimate contact with nature, and it is only really in the last 200 years that people have been increasingly removed from nature. Professor Sir Alister Hardy first suggested that the big step in human evolution was not necessarily when hominids came out of the trees and into the savannah, but was when they got to the coasts and were able to access seafood rich in omega 3 fatty acids … there is something deeply profound about water and humans, and it may reflect evolutionary history.

The true reasons for water’s calming effects may take years to discover, but Depledge believes that urban planners and developers should start taking these effects into consideration to promote public health. “We have spent a lot of time putting green spaces into urban areas, but are we paying any attention to designing in blue space?

For people experiencing mental health disorders, it is unlikely that simply buying a house with an ocean view will solve your psychological concerns. After all, mental illness is a complex medical condition that requires intervention by skilled professionals that gives you the skills and insight to make meaningful emotional and behavioral change. But this growing body of research may still serve a vital purpose for individuals struggling with psychiatric illnesses: by understanding how your physical environment impacts your psychological health, you can thoughtfully consider where you choose to live, work, and spend your free time. Whether this means moving to an area with plentiful water views, planning a coastal holiday, spending more time walking along the beach, or taking the time to appreciate the lakes, rivers, and oceans that already surround you, there are myriad ways you can reap the benefits of blue spaces. When used as a part of a personalized, holistic wellness plan, these landscapes may help to augment your treatment, bolster your healing, and encourage inner tranquility.

Bridges to Recovery offers comprehensive treatment for people struggling with mental health disorders as well as impulse control disorders and eating disorders. Contact us to learn more about our renowned program and how we can help you or your loved one start the journey toward sustainable healing.