Optimizing the Antidepressant Effects of Exercise With the Right Workout 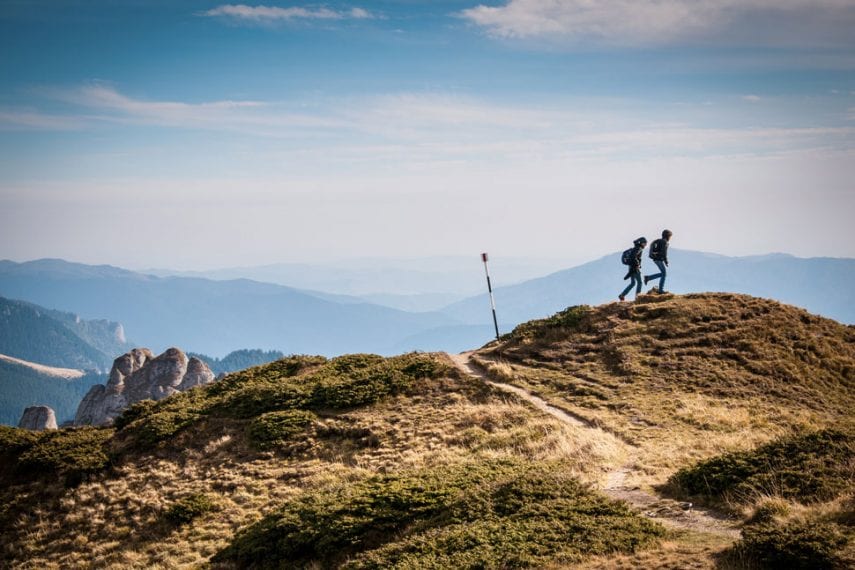 Exercise has long been known to alleviate depression and, for many, it is an integral part of both intensive depression treatment and ongoing management of depressive symptoms. While any form of exercise may promote physical health, certain types of exercise have been shown to be better than others when it comes to reestablishing emotional tranquility.

Because gaining the psychological momentum to exercise can be such a difficult task for people who suffer from depression, it’s important to ensure that your energy is spent where it matters most. By examining the latest research, you can choose the activities that optimize the antidepressant effects of exercise and allow you to more fully heal from the pain of depression.

Research has found that type, intensity, and duration of exercise are the primary determinants of its ability to alleviate depressive symptoms. In particular, sustained cardiovascular exercise is shown to offer significant benefits. “This is not just a leisurely walk in the park,” says Dr. Madhukar Trivedi, professor of psychiatry at the University of Texas Southwestern Medical Center, whose research reveals that exercise can reduce symptoms of depression in patients who do not respond to pharmacological treatment. According to his studies, exercise must reach a certain level of intensity and last for a certain amount of time before benefits are conferred. “It amounts to about 45 minutes of moderate-intensity exercise – where you’re breathing heavily – three or four times a week.” Aerobics classes, running, cycling, rowing, stair climbers, and elliptical trainers can all fit the bill for this type of exercise. However, you don’t necessarily have to become a runner, invest in a gym membership, or buy special equipment to engage in depression-fighting physical activity; as noted in an article from Harvard Medical School:

You also don’t have to jump right into intensive activity. Dr. Benjamin Goldstein, director of the Centre for Youth Bipolar Disorder at Sunnybrook Health Science Centre in Toronto “suggests that patients adopt a gradualist approach to exercise, slowly building up the intensity of their workout.”

Anecdotal evidence has long suggested that communion with nature is good for the spirit. Now, science is confirming that natural environments has a profound impact on our emotional health and can amplify the depression-fighting benefits of exercise. Researchers at Stanford University asked study participants to spend 90 minutes walking in either a natural setting or an urban environment. Upon their return, brain scans of those walking in nature revealed decreased neural activity in the subgenual prefrontal cortex, the area of the brain “associated with self-focused behavioral withdrawal linked to rumination in both depressed and healthy individuals.” Indeed, when surveyed, the participants who had walked through a natural setting reported less rumination and fewer negative emotions. Gretchen Daily, one of the study’s authors, says, “These results suggest that accessible natural areas may be vital for mental health in our rapidly urbanizing world.” As such, going for a hike in a nature preserve or running through a lush park instead of exercising on busy urban streets or at the gym could augment the antidepressant effects of exercise.

Pair Your Exercise With Meditation

Meditation is increasingly becoming known for its ability to enhance mood, and research has confirmed that meditating can improve depression treatment outcomes. A study released last month suggests that meditation can also be used to heighten the antidepressant effects of exercise. Researchers from Rutgers University recruited 52 men and women diagnosed with and without depression, and used sensory technology to examine the electrical signals in their brains. All of the depressed volunteers “showed signaling patterns in their prefrontal cortex that are associated with poor concentration and focus.” After establishing these baseline readings, the participants were taught a form of meditation known as Mindful Awareness Practice (MAP) that seeks to bring you into a state of awareness of and focus on the present moment. After meditating, they participated in 30 minutes of moderate aerobic exercise on treadmills or stationary bikes. After eight weeks, the researchers again examined their brain activity, revealing significant changes:

The group with depression now showed brain cell activity in their prefrontal cortex that was almost identical to that of people without depression. They could concentrate much better and hone their attention, attributes that are believed to help reduce stubborn rumination.

Additionally, participants with depression experienced improved mood and reported a 40% reduction in depressive symptoms. In particular, they reported significantly reduced “inclination to ruminate over bad memories.”

While the exact reasons for the changes are not yet known, the researchers have a theory: aerobic exercise has been shown to encourage hippocampal neurogenesis, creating new neuronal cells and allowing the brain to heal from the damage of depression. It could be that these new cells are primed for learning, and meditation not only keeps them alive, but gives them direction. If directed toward mindfulness, the new brain matter created via exercise-induced neurogenesis can disrupt depression-led and depression-inducing emotional and behavioral patterns.

While exercise can undoubtedly help many people achieve relief from depressive symptoms, it is important to remember that physical activity is often only one aspect of depression treatment. For people whose psychological struggle goes beyond mild depression, more extensive health treatment that combines the finest clinical therapies can be instrumental to healing. At Bridges to Recovery, we offer a diverse array of therapeutic modalities to create personalized treatment plans that open up multiple avenues toward sustainable healing that include individual, group, holistic, and pharmacological therapies.

Because we recognize the profound impact exercise can have on your emotional state, we offer full gyms and twice-weekly personal training to allow you to reap the benefits of physical fitness in a safe, supportive environment. Many of our clients find that exercise facilitates engagement in other forms of therapy and their desire to participate in physical fitness increases as depressive symptoms lift. We also offer meditation to further fortify your mind, body, and spirit, and take advantage of the possibilities of neurogenesis. When used within a complete treatment program, these therapies can help you nurture your ability to experience lasting relief from depression and rejuvenate your sense of joy, purpose, and hope.

Bridges to Recovery offers comprehensive residential treatment for people struggling with depression as well as co-occurring substance abuse and process addictions. Contact us to learn more about our innovative program and how we can help you or your loved one start the journey toward wellness.