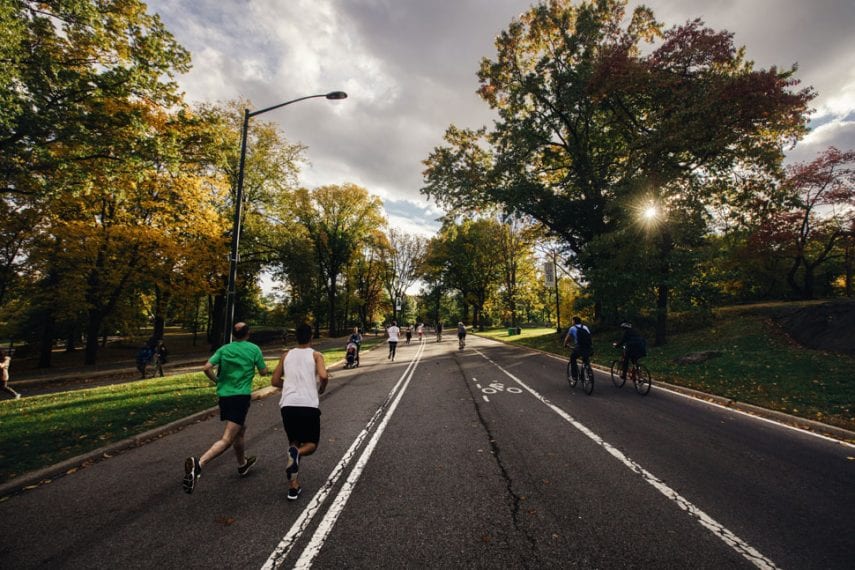 Exercise has long been recognized as an important element in mental and physical health. In fact, when you are experiencing major depression, one of the first things you often hear is, “Have you tried exercising?” While exercise alone is unlikely to have a significant impact on moderate to severe depression, it can produce very real and meaningful effects when used as part of a comprehensive treatment program, and be an essential part of ongoing self-care. But why and how does exercise work to treat depression? Is there a certain type of exercise you should be doing? Does it do more than just temporarily make you feel good?

Most people are aware that exercise can induce mood-elevating chemical changes in the brain. The release of endorphins, for example, is so notorious that it even makes an appearance in Legally Blonde (“Exercise gives you endorphins. Endorphins make you happy.”). What is less widely known, however, is that exercise doesn’t just lead to a temporary release of feel-good chemistry; it can actually activate neurogenesis—the development of new neuronal tissue—to change the size and structure of your brain. For people suffering from depression, this can be an extraordinary adjunct to broad spectrum treatment, and allow you to expand your control over your well-being.

The healthy human brain is in a constant state of simultaneous degradation and regeneration. For people with untreated depression, however, certain areas of the brain degrade at a faster rate than can be compensated for via regeneration. Of particular concern is atrophy of the hippocampus, the emotional control center of the brain that is responsible for memory formation and storage, decision-making, emotional learning and regulation, creativity, and empathy. “My research shows that depression leaves its mark on the brain as it results in a ten percent reduction of the hippocampus,” says Professor Poul Videbec of the Centre for Psychiatric Research at Aarhus University Hospital. In some cases, deterioration of the hippocampus “continues even when the depression is over.” However, neuroimaging studies also reveal that that depression-induced hippocampal atrophy is reversible via a variety of pharmacological, behavioral, and holistic therapies, allowing people with depression to restore healthy brain function and emotional equilibrium.

Exercise is one of these therapies, and recent studies are giving us greater insight into the hows and whys of this remarkable process. As David DiSalvo writes in Forbes magazine, “Research has discovered that exercise stimulates the production of a protein called FNDC5 that is released into the blood stream when we’re breaking a sweat.” FNDC5 in turn causes an increase in Brain-Derived Neurotrophic Factor (BDNF), a protein that stimulates neurogenesis and “preserves the survival of existing brain cells.” In animal studies, exercise has been found to increase hippocampal neuron production by as much as 100-200%. As a result, physical fitness activities may give you the ability to both halt and heal from the degenerative effects of depression on hippocampal tissue.

Which Exercise Is Best for Hippocampal Neurogenesis?

For people suffering from depression, any type of exercise can confer meaningful benefits and contribute to a sense of well-being, self-esteem, and self-determination. However, if the goal is specifically hippocampal neurogenesis, some forms of exercise appear to be better than others. In a study published last month in The Journal of Physiology, researchers at the University of Jyvaskyla in Finland divided rats into two groups, one of which engaged in exercise and the other remaining sedentary. The exercising rats were further divided into subgroups according to type of exercise, including voluntary running, resistance training, and high-intensity interval training involving fast-paced running. After seven weeks, the researchers examined the hippocampal tissue of each subject and discovered great differences in neurogenesis between each group of rats, “suggest[ing] that physical exercise promotes adult hippocampal neurogenesis most effectively if the exercise is aerobic and sustained.” Gretchen Reynolds of The New York Times explains:

Those rats that had jogged on wheels showed robust levels of neurogenesis. Their hippocampal tissue teemed with new neurons, far more than in the brains of the sedentary animals. There were far fewer new neurons in the brains of the animals that had completed high-intensity interval training. They showed somewhat higher amounts than in the sedentary animals but far less than in the distance runners. And the weight-training rats […] showed no discernible augmentation of neurogenesis. Their hippocampal tissue looked just like that of the animals that had not exercised at all.

Thus far, the exact cause of these differences is not entirely known, but authors of the study believe that long-distance running may stimulate the production of BDNF, causing new neurons and synapses to grow. In fact, the level of BDNF found in the rats’ brains was directly proportional the distances they ran. Meanwhile, the lack of benefits afforded by high-intensity interval training may be due to the physiological and psychological stress of the exercise itself. Dr. Miriam Nokia, lead author on the study, notes that, “Stress tends to decrease adult hippocampal neurogenesis.”

This does not mean that people with depression should only engage in sustained aerobic exercise; there are real physical and emotional benefits to many forms of exercise, and the best exercise regime is one you will stick to. Incorporating activities that promote hippocampal neurogenesis within a well-rounded physical fitness program, however, may help you guard against and reverse deterioration of this vital area of the brain.

Most experts agree that physical fitness can be a vital part of depression treatment, regardless of severity. When you’re in the depths of psychological distress, however, exercise is often the last thing you want to do; in fact, simply getting out of bed can seem like a Herculean effort. If your depression is keeping you from taking the steps necessary to recover on an outpatient basis, it may be time to consider residential depression treatment. At Bridges to Recovery, we offer a full array of evidence-based and holistic treatments designed to rapidly relieve you of your suffering within a warm and nurturing environment. We give you the tools and emotionally resources to engage in a healing process that promotes complete health and harnesses the possibilities of neurogenesis through a variety of interventions, including physical fitness. Both of our serene residential facilities are equipped with full gyms that are accessible to you daily. Additionally, we provide twice weekly trainers who can work with you to create a personalized exercise program that addresses your unique needs. Here, you engage in the healthy physical activities that can buoy you both during treatment and be incorporated in your long-term mental wellness strategy for ongoing protection of delicate brain structures and relief from the pain of depression.

Bridges to Recovery offers comprehensive treatment for people suffering from depression as well as co-occurring substance abuse and process addictions. Contact us to learn more about our innovative program and how we can help you or your loved one start the journey toward healing.