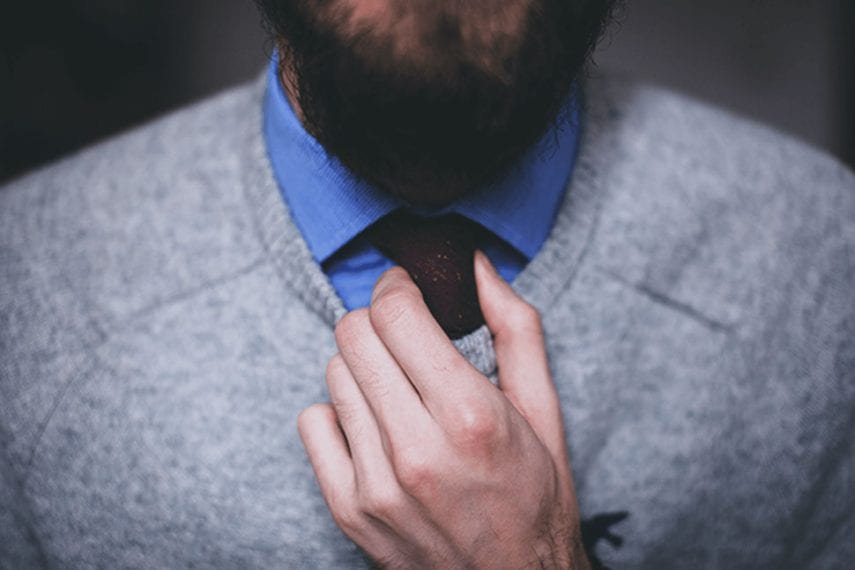 When Thomas Joiner was 56 years old, he stabbed himself through the heart in a van parked in an office lot. Beside him on the driver’s seat was a yellow sticky note that read, “Is this the answer?” At some point, sitting in that van, his response must have been, “Yes.”

Joiner was a successful businessman, a former Marine, and father to a 25-year-old son who had begun to notice his father’s depression only six weeks earlier on a family vacation to the coast of Georgia. There, he saw his once-gregarious father shrink into a “sullen and withdrawn” husk of his former self, “spending days in bed, not sick or hungover, not really sleeping.” And while the son, a grad student in clinical psychology, recognized the signs of depression, suicide seemed like such a remote possibility that it was barely worth considering. After all, “his father didn’t match the suicidal types he had learned in school. He wasn’t weak or impulsive. He wasn’t a brittle person with bad genes and big problems.” And, yet, there he was with a knife through his heart.

The death of Thomas Joiner was a tragedy, and one that is becoming increasingly common. Since 1999, “more Americans have killed themselves each year than in the one before,” and suicide is now the leading cause of death in the developed world for people ages 15-49, outpacing more visible killers like heart disease, car accidents, cancer, strokes, wars, and natural disasters. Contrary to the historical trend of adolescent and young adult suicides, this rising suicide rate is primarily affecting people in mid-life; in the United States, suicide amongst adults 35-64 increased by nearly 30% between 1999 and 2010. For white middle-aged men, the increase was over 50%, and white middle-aged women experienced a staggering 60% rise, causing the Centers for Disease Control and Prevention to identify suicide as an increasing public health concern and call for increased preventative measures “directed towards middle-aged populations.”

However, while middle-aged populations may currently have the highest suicide rate, Julie Phillips, a sociologist at Rutgers University, suggests that this reflects a “new epidemiology of suicide,” and is only the beginning of a fundamental cultural shift. According to Phillips’ research:

Everyone born after 1945 shows a higher suicide risk than expected—and everyone is on pace for a higher rate than the boomers. That means that the last decade isn’t just a statistical blip, a function of a bad recession, unlocked gun cases, or an aging counterculture. It’s much darker, and deeper than all that.

So what is causing these dramatically rising suicide rates? The answers are complex and elusive. Researchers examining this contemporaneous phenomenon have found the traditional list of risk factors for depression and suicide too broad to be meaningful, and have had to create a new model of risk assessment to more adequately capture the conditions that lead to suicide.

The Conditions of Suicide

Thomas Joiner’s son, who now has a PhD in clinical psychology, has developed a set of three conditions that, when combined, set the stage for suicidal ideation and, ultimately, action. In an interview with Newsweek magazine, he outlined this model of suicide to illuminate the dark path taken by those who end their own lives:

Loneliness is one of the most important ingredients in suicidality. However, loneliness is also a common feeling that virtually everyone experiences from time to time. The type of loneliness implicated in suicide is a fundamental lack of inclusion, connection with other human beings, and sense of belonging in the world; this is a form of loneliness that can cause severe damage to mental health and allow depression to flourish unchecked. In today’s culture, low belonging may be additionally exacerbated by decreased face-to-face connection with others and lack of stable, cohesive, and enduring communities, which can offer protection against emotional distress.

Human beings are generally built for purpose. That is, we want to do, experience, provide, give, produce. We need the ability to contribute and be a resource to our family and friends, our jobs, and the world around us. “When [we] lose that view of [ourselves], when it curdles into a feeling of liability, the desire to die takes root.” While this explains the clear and obvious connection between suicide and unemployment, it also illuminates the relationship between mental illness and suicide further; psychiatric illnesses can severely limit everyday function, drain us of purpose, and frame us (in our own minds) as a burden rather than an asset.

As humans, we typically have a profound and innate fear of death. We are designed to want to live at virtually all costs, and our bodies are remarkably resilient to allow for endurance through even the harshest trials. Overcoming that extraordinary desire to live results in a kind of fearlessness that removes psychological barriers to suicide. “Suicide takes a slow habituation to pain, a numbness to violence,” which may explain the “heightened suicide risk shared by athletes, doctors, prostitutes, and bulimics.” However, in today’s media-saturated world, this numbness may not need to come from direct, first-hand exposure to violence, but could potentially develop through mediated exposure to both real and fictional acts of violence.

Additionally, mental illness itself may habituate one to pain, as pain becomes a constant condition, overriding the instinct for self-preservation, much to the bafflement of those who do not understand how illnesses like depression can ravage the mind. As William Styron wrote:

To those of us who have suffered severe depression—myself included—this general unawareness of how relentlessly the disease can generate an urge to self-destruction seems widespread; the problem badly needs illumination. Suicide remains a tragic and dreadful act, but its prevention will continue to be hindered, and the age-old stigma against it will remain, unless we can begin to understand that the vast majority of those who do away with themselves—and of those who attempt to do so—do not do it because of any frailty, and rarely out of impulse, but because they are in the grip of an illness that causes almost unimaginable pain.

Styron also believed that depression treatment is where the true promise of healing lies. He wrote, “What is of ultimate importance to the victim of depression is not the cause but the treatment and the cure.” With this in mind, suicide prevention must focus not only on the causes of depression itself, but on ensuring that people have access to the best treatments possible to truly recover from the burden of mental illness.

One of the reasons the rising suicide rates are baffling for many is that we currently have more resources for treating mental illness, particularly depression, than ever before; from Cognitive Behavioral Therapy to specialized trauma therapies to cutting-edge pharmacological interventions, there is more treatment available today than could be imagined only a few short decades ago. And, yet, even as antidepressant use has risen by over 400% since 1988 and a therapy appointment has become as common as a hair appointment, suicide rates have continued to climb.

Part of the problem may lie in the fact that mental health treatment now primarily occurs on an outpatient basis; since the 1980s, the United States has seen funding for inpatient care drop by over 50%, while outpatient and prescription drug funding grew exponentially. Although many people with mental health disorders find great success with outpatient treatment, people struggling with severe emotional distress and suicidal thoughts often need more intensive treatment and oversight than is possible via outpatient care. Unfortunately, these days, inpatient hospitalization is typically brief in duration and oriented toward containment of acute symptoms only. As such, people are often left to cobble together a mental health care plan for themselves largely on their own, in the midst of distress, using potentially inadequate resources. Not getting the right kind, quality, and amount of treatment may severely impair your ability to heal and find relief from overwhelming pain. But there is another way: private residential treatment facilities that provide comprehensive psychiatric care in a safe, immersive environment.

At Bridges to Recovery, we offer the finest mental health treatment in a serene residential setting. Through personalized treatment plans, we integrate the best therapies available to create exceptional, intensive treatment experiences that help you see past the pain of depression to toward a life of hope, promise, and joy. Here, we unravel the root causes of your distress and help you develop the skills to make meaningful emotional and behavioral changes that fortify your psychological health. Any pharmacological therapies can be carefully monitored and modulated throughout treatment to optimize efficacy and tolerability, giving you the time and space to focus on your recovery. By engaging you in more therapy in 6 weeks of residential care than is possible in a full year of outpatient treatment, you can rapidly alleviate suffering and move on from despair. By targeting the three primary conditions tied to suicide—low belonging, burdensomeness, and fearlessness—and replacing them with connection, purpose, and relief from pain, we can guide you toward restored psychological wellness and open up the doors to a stronger, brighter, more stable future.

Bridges to Recovery offers comprehensive residential treatment for people struggling with depression and other mental health disorders, co-occurring substance abuse, and process addictions. Contact us to learn more about how our innovative program can help you or your loved one.