The Dangers of Mental Health Misdiagnosis: Why Accuracy Matters 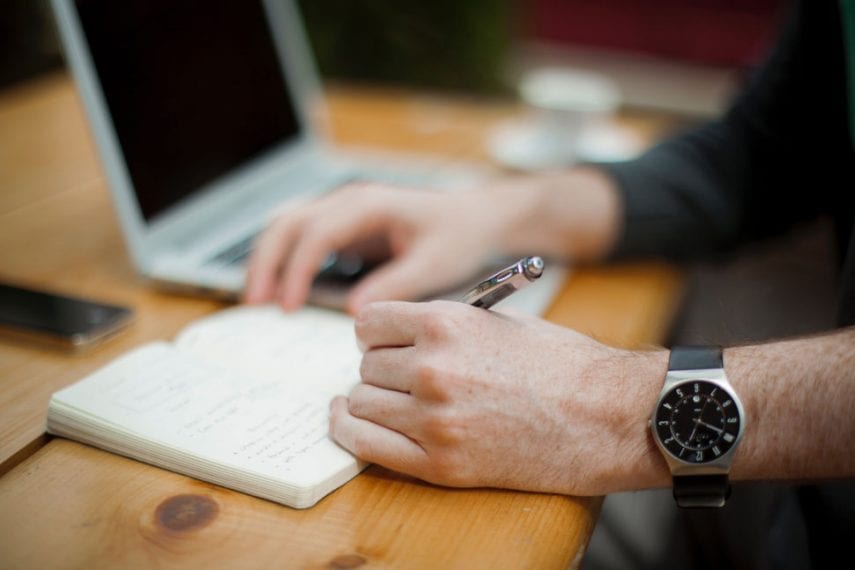 Mental health misdiagnosis is an alarmingly prevalent phenomenon that keeps you from being able to achieve psychological wellness. By recognizing the causes of misdiagnosis and its effects, you can better understand how inaccurate identification happens, why it is so damaging, and why achieving diagnostic clarity is essential to the recovery process.

In 2015, Magda stepped into a psychiatrist’s office for the first time. “I was feeling so terrible,” she tells me. “I was sad all the time, I felt the world closing in around me, I saw no way out.” It wasn’t the first time Magda had felt this way—for the past two years, she had struggled with periods of darkness that overtook her seemingly at random. “When I stepped into that doctor’s office, I thought it would be the beginning of recovery. That’s the way it’s supposed to go; you’re sick, you go to the doctor, you get better.”

But Magda didn’t get better. After receiving a diagnosis of major depressive disorder, she began taking a daily dose of an SSRI antidepressant. “I remember feeling such hope when I filled that prescription,” she says. “But it didn’t help.” Nor did any of the other SSRIs she cycled through over the next year. In fact, her mood became increasingly unstable, and her depression reached new depths. “I thought I was going crazy. I had done everything I was supposed to do and yet there I was, sicker than ever.” There was a reason Magda wasn’t getting better: she didn’t have major depressive disorder.

Sitting in her psychiatrist’s office with tears in her eyes, talking about her sense of dread, her lethargy, her pervasive sadness, she certainly appeared depressed. But the psychiatrist wasn’t there on the weeks of elevated energy, the nights she forewent sleep, the days her thoughts raced with excitement, nor was she ever asked if she experienced such episodes. Magda never mentioned them because she didn’t recognize them as part of the problem. Those times were when she felt most alive; they were a respite from the pain of her depressive episodes, not something alarming that needed treatment. And so her bipolar disorder went unrecognized, her hypomania remaining invisible to both her and her physician, and the resulting mental health misdiagnosis prevented her from healing.

Magda is hardly alone in her experience of mental health misdiagnosis. A 2012 study by Bipolar UK, the Royal College of Physicians, and Bipolar Scotland found that “people with bipolar disorder wait for an average of 13.2 years before they are diagnosed, and often spend years receiving treatment for other conditions.” Of 706 people surveyed, only 15% received a prompt diagnosis, while 85% experienced diagnostic delay. “Most of those were wrongly told they had depression,” writes Denis Campbell for The Guardian. “Among the 85% whose diagnosis was delayed, 71% said that their symptoms had become worse as a result of receiving inappropriate treatment, such as antidepressants or sleeping pills.” As Suzanne Hudson, chief executive of Bipolar UK, says, “A delay of this length has a significant impact for individuals and families, with sometimes devastating consequences, as bipolar has the highest rate of suicide of any psychiatric illness.”

Of course, people with bipolar disorder are not the only ones vulnerable to misdiagnosis. “Misdiagnosis can happen with any mental health disorder,” says Gabrielle Moss, a writer for Bustle. “[For example], a 2009 meta-analysis of 50,000 patients published in the Lancet found that general practitioners only correctly identified depression in patients in 47.3% of cases.” Meanwhile, a 2008 study by researchers at the Brown University School of Medicine found that 57% of adults diagnosed with bipolar disorder did not meet diagnostic criteria upon more comprehensive diagnostic review. Aside from bipolar disorder and depression, some of the most frequently misdiagnosed mental health disorders include borderline personality disorder, ADHD, PTSD, and anxiety.

So what causes these high rates of misdiagnosis? The answers are multiple and complex. “We believe that clinicians are inclined to diagnose disorders that they feel more comfortable treating,” says Dr. Mark Zimmerman, associate professor at Brown University and director of outpatient psychiatry at Rhode Island Hospital.

The increased availability of medications that have been approved for the treatment of bipolar disorder may be influencing clinicians who are unsure of whether or not a patient has bipolar disorder or borderline personality disorder to err on the side of diagnosing the disorder that is medication-responsive.

This may be particularly true of doctors who do not have specialized training in psychiatry, such as GPs. But personal expertise and treatment availability (or lack thereof) are not the only factors influencing inaccurate diagnosis. As Hudson explains, patients may also play a role:

It could be psychiatrists that fail to diagnose when they can. But a lot of the time it’s patients themselves not telling the doctor their full symptoms. If we’re in a hypomanic state, coming out of a stable phase and starting to get high, we rarely present to a [doctor] then, which makes it more difficult.

Indeed, many people may fail to recognize emotions as behaviors as symptomatic of mental illness and thus fail to report them, particularly if they are not explicitly asked. They may also fail to report due to shame or embarrassment. As one client now in treatment for bipolar disorder says, “I hid my symptoms from my GP. I never revealed the true extent of my illness, albeit I did not know what I was doing was necessarily part of being ill.”

Research also reveals that cultural and ethnic factors can play a significant role in mental health misdiagnosis. “African-Americans, for example, are more likely to receive misdiagnoses of schizophrenia and less likely to receive accurate diagnoses of depression or other mood disorders [according to a U.S. surgeon general’s report],” writes Erica Goode in The New York Times, “And while rates of mental illness in Asian-Americans do not differ significantly from those found in other groups, mental health professionals may hold the stereotype that they are ‘mentally healthier,’ a bias that contributes to inadequate treatment and prevention.”

The Effects of Inaccurate Diagnosis of Mental Illness

The immediate effect of mental health misdiagnosis is obvious: it keeps people from receiving treatment for their affliction, allowing distress to grow unchecked as hope diminishes. This can lead to increasingly dangerous psychological conditions that threaten both your emotional and behavioral function. But misdiagnosis and inaccurate treatment can also increase dysfunction by exposing you to pharmacological therapies that augment existing symptomatology or cause the emergence of new symptoms. For example, people whose bipolar disorder is treated with antidepressants are at heightened risk of mania, increased frequency of mood switching, and more severe depressive episodes than if they received no treatment at all. This is dangerous both in the immediate and long-term, as each mood episode can cause neurological changes that complicate treatment and compromise treatment outcomes.

The effects of inaccurate diagnosis can also go beyond the individual and have widespread deleterious effects on entire communities. As the National Alliance on Mental Illness points out:

Historically, African Americans have been and continue to be negatively affected by prejudice and discrimination in the health care system. Misdiagnoses, inadequate treatment and lack of cultural competence cause distrust and prevent many African Americans from seeking or staying in treatment.

Similarly, misdiagnosis amongst Asian-Americans can perpetuate the stereotype that this group does not struggle with mental illness, particularly severe mental illness, at the rate of the general population. In turn, this may contribute to the maintenance of damaging stigmas that keep people from identifying their own distress and seeking care.

If your psychological distress has not been alleviated by outpatient treatment and you are now considering residential mental health treatment, it is imperative to seek out a facility that seeks diagnostic clarity as the cornerstone of your care. Due to the prevalence of mental health misdiagnosis, your time in residential treatment must begin with in-depth, comprehensive psychological assessment by highly skilled psychiatrists using the most sophisticated diagnostic tools available today in order to achieve a complete picture of your psychological function. When possible, your family should also be invited to participate in the diagnostic process by sharing their own observations of your emotional and behavioral history. This is often a vital piece to gaining a clear and accurate understanding of your mental health disorder, as your own perspective may be impaired by the very illness with which you are struggling.

The raw components of psychological testing are only one part of the puzzle, however. Your clinicians must create an environment in which you feel supported in order to feel safe sharing what can often be difficult, embarrassing, or painful experience, thoughts, and emotions. By building a trusting and compassionate relationship, you will be able to comfortably disclose vital information to ensure the full scope of your needs is understood. Simultaneously, your clinicians must be keenly aware of cultural issues that can impact diagnosis and seek to work in a culturally sensitive way that prevents damaging biases from affecting the work of diagnosis.

Diagnostic clarity serves as the foundation of your care and is absolutely essential to ensuring your treatment is effective. A high-quality residential treatment environment offers the time and space for an accurate diagnosis to be achieved, allowing for not only formal psychological assessment, but ongoing monitoring to observe evolving symptoms and medication responses. This provides significantly more opportunities for accurate diagnosis than are possible within outpatient treatment environments.

“I struggled for so long under the assumption that I had depression,” Magda says, “But when a new psychiatrist finally asked me the right questions and I was diagnosed with bipolar disorder, everything started to fall into place. The day I received that diagnosis was the day I started to heal.”