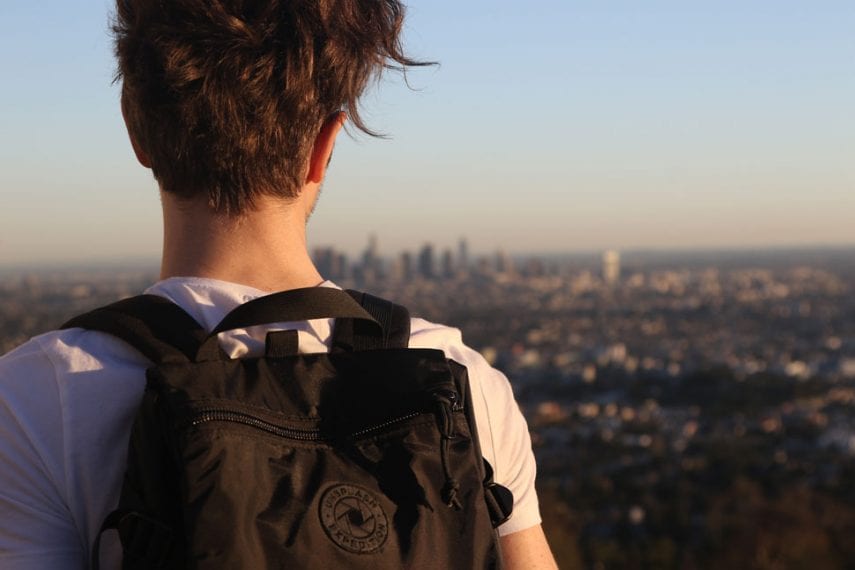 When you’re looking for dialectical behavior treatment (DBT) in Los Angeles, the choices can be overwhelming. While this transformative therapy is typically offered on an outpatient basis, some high-quality programs are now introducing intensified DBT treatment in residential treatment environments. Connecting with the right L.A.-based DBT program is vital to creating a powerful, comprehensive healing experience that will put you on the path to true recovery.

The past three decades have been a revolutionary time for mental health treatment. Since the 1980s, we have seen the development of more effective pharmacological therapies, the introduction of novel psychotherapies, and a new emphasis on client-centered, integrative treatment approaches. As a result, even people who have struggled with psychiatric illness for years are now finding true relief from symptoms and a newfound ability to live stable and fulfilling lives.

One of the most innovative forms of mental health treatment to emerge during this critical time has been dialectical behavior therapy (DBT). Originally developed for the treatment of borderline personality disorder, this unique modality has now been found to be effective for a broad range of mental health disorders, including depression, bipolar disorder, and trauma disorders. The broad applicability of DBT has made it an integral part of psychiatric treatment for people around the world, and its principles are increasingly being applied within a wide range of treatment environments. So how do you know which type of treatment environment is best for DBT engagement?

In the Los Angeles area, there are seemingly infinite resources for mental health treatment. In many ways, we are amongst the most well-equipped city in the nation for helping people heal from psychiatric distress. But the availability of so many choices can make it difficult to know what will work for you. By exploring the power of DBT and the DBT-based treatment options open to you in Los Angeles, you can ensure that you make the best decision for you.

The Transformative Power of DBT

At its core, DBT is a support-oriented, cognitive-based therapy that helps you “identify thoughts [and] beliefs that make life harder” and reimagining those thoughts and beliefs to increase emotional and behavioral harmony. Working closely with a therapist and peers, DBT seeks to increase mindfulness, augment distress tolerance, enhance emotional regulation, and develop interpersonal effectiveness. Rather than simply gaining insight into your emotional and behavioral state, DBT allows you to create change through concrete skill-building, opening the door to true transformation even when other therapies have failed. Will Lippincott knows this well.

“In January 2012, two weeks after my discharge from a psychiatric hospital in Connecticut, I made a plan to die,” writes Lippincott in a moving essay for The New York Times. It wasn’t the only time Lippincott had planned his death; his first hospitalization for suicidal ideation had come when he was only a teenager. But he wasn’t a teenager anymore; he had entered middle age and was still reeling emotionally despite three decades of treatment, re-evaluations, and second opinions. Now he felt he had hit the end of the line. “Nothing was working, so what was the point?”

But in the midst of making his final plans, his brother sent him an email that read: “You must not leave us!” According to Lippincott, “His message confused me. I wanted to die, but I did not want to inflict suffering on the people I loved most.” His confusion opened up a window of opportunity, and Lippincott finally agreed to enter long-term residential treatment. And for the first time, he tried DBT.

“Learning DBT is like learning a new language. [It] provided me with a rubric for figuring out what was causing my anxiety, anger, or sadness—and new options for how to behave in light of that,” Lippincott says.

The interpersonal effectiveness training helps me ask for what I need in relationships and to manage conflict positively, and to do both while preserving my self-respect. Emotional regulation teaches me how to identify and understand the functions of my emotions, and how to decrease my historic vulnerability to extreme moods. If I’m aware of how I feel physically when I’m sad, or how my speech pattern changes when I’m angry, I can recognize where I am and change course before the intensity of emotion gets too high.

For Lippincott, like so many others, this ability to understand and change emotions, thoughts, and behaviors in the moment is tremendously empowering and essential to the healing process. At the same time, the self-acceptance DBT engenders allows you to develop a new, more compassionate relationship with yourself that translates into increased well-being.

Most DBT treatment takes place on an outpatient basis. In fact, traditional articulations of DBT are organized in a highly structured fashion that involves a minimum of 12 months of weekly treatment sessions. In Los Angeles, you can find a wide variety of individual psychotherapists specializing in DBT treatment as well as dedicated outpatient DBT treatment centers that offer DBT skills training groups.

While a full course of outpatient DBT treatment can be remarkably effective for many, it’s a long-term commitment that requires consistent meeting attendance even when your symptoms may interfere with your functionality, making you vulnerable to premature discontinuation. In a city like Los Angeles, this may be particularly difficult for people balancing demanding jobs with long commutes and competing obligations. With only weekly therapeutic involvement, progress can also be slow, leaving you to struggle with painful symptoms as you go through the long-term treatment process. As such, people struggling with acute psychiatric distress, low function, or who are otherwise severely impacted by their mental health disorder may require more intensive care and rapid results than outpatient DBT treatment can provide.

The extraordinary potential of DBT, combined with the shortcomings of outpatient treatment, has spurred some facilities to incorporate DBT treatment within residential treatment programs. These programs draw on the teachings of the DBT curriculum to provide a condensed and intensified format for people seeking rapid healing within a holistic treatment environment. As Lippincott notes, research has confirmed that these “more streamlined” articulations of DBT treatment can be “remarkably effective.”

But the benefits of DBT within residential treatment environments aren’t limited to the intensity of treatment and rapidity of results. Rather, the residential milieu allows you to immerse yourself in a well-rounded, personalized treatment process to ensure the full scope of your needs is addressed. DBT, after all, is only one treatment modality. While it can be pivotal for healing, the best outcomes are achieved through a variety of therapeutic interventions that allow you to explore, experiment, and engage on multiple levels. By combining DBT with a broad spectrum of other therapies, you are able to draw on the best of each modality to develop the most effective and transformative treatment plan possible.

When looking for a residential treatment program that offers DBT in Los Angeles, it is vital to ensure that the program is of the highest quality. Ideally, this means connecting with a licensed program staffed by highly trained clinicians with experiencing using DBT in a larger treatment picture.

The best programs will offer intensified DBT treatment led by clinicians with extensive DBT experience as part of your personalized treatment plan. In a comfortable and safe residential treatment environment, you will be able to remove yourself from the stresses of daily life in order to fully focus on your recovery and engage in a treatment process tailored to your unique needs and strengths based on in-depth psychological assessments and clinical observation. Look for a program which layers evidence-based individual and group therapies like DBT with holistic therapies such as yoga, meditation, and acupuncture in order to create a truly comprehensive treatment experience.

“DBT is a relatively young therapy, [but] there is already compelling evidence of its effectiveness in its modified […] formats. Mental health professionals and patients need to consider it directly alongside the usual programs and not as a treatment of last resort,” writes Lippincott. “Don’t lose hope. You are not alone. I, too, once firmly believed that I was broken beyond repair—but I was wrong.”

Bridges to Recovery offers comprehensive residential treatment for people struggling with mental health disorders as well as co-occurring substance abuse and eating disorders. Contact us to learn more about our renowned Los Angeles programs, and how we can help you or your loved one start on the path to lasting wellness.