Mental Health in the LGBTQ Community and How Treatment Can Help 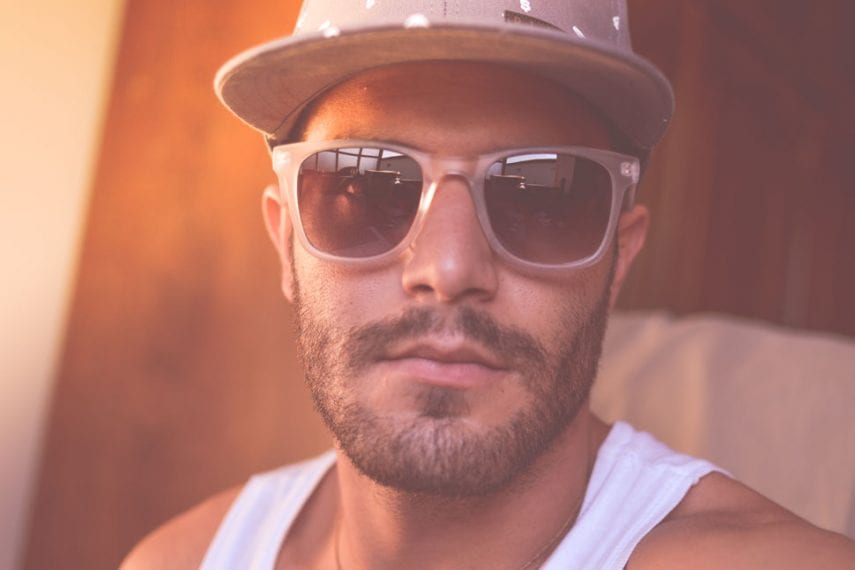 The stigma surrounding mental health in the LGBTQ community leaves millions to struggle the impact of intolerance and suffer in silence. It is time to acknowledge the prevalence of mental illness amongst LGBTQ people and find hope and healing in modern mental health treatment while continuing to break down the oppressive practices that contribute to psychiatric distress.

Earlier this year, Alexander Leon became depressed. It wasn’t the first time he had experienced depression, but this episode came at a particularly cruel time; it was Mental Health Awareness Week and Leon was tasked with writing a piece about mental health in the LGBTQ community. And despite the openness with which he navigates his place in the world as a member of that community, that openness does not translate into his experiences with depression.

“There came a certain point in my experience of being LGBT where I accepted that I had to be strong and uncompromising in the face of disapproving glances and withering remarks,” he writes in a moving essay for The Guardian.

I made a pact to throw myself into my community with zeal, no matter how exhausting, and to make full use of the privileges I was afforded in the tolerant metropolis I’d landed in. And yet, for some reason, I find this an incredibly difficult attitude to transfer over to my struggle with depression. The word ‘depression’ still has a bite to it, in the way that the word ‘gay’ did when I first dared to say it to someone else in reference to myself.

In some ways, mental illness does indeed now hold the space that “gay” once did. But the relationship between mental health and sexual and gender identities is a complex phenomenon, a nexus of the personal and political at which millions of LGBTQ people find themselves at one point or another in their lives.

The State of Mental Health in the LGBTQ Community

The extraordinary success of LGBTQ rights movements has removed much of the stigma of being LGBTQ (especially the L and the G portions), particularly in large, progressive cities like San Francisco and Los Angeles. The cultural changes in social attitudes since that pivotal night at Stonewall have been nothing short of astounding and are a testament to the strength, ingenuity, and resilience of the LGBTQ community. And yet, LGBTQ people suffer both highly public struggles with discriminatory policies, hate crimes, and social intolerance as well as quieter, secretive struggles within themselves in the form of mental illness.

Over the past decade, mental health in the LGBTQ community has increasingly been recognized as an important area of concern within the community itself and within a growing portion of the medical community. According to the National Alliance on Mental Illness, “LGBTQ individuals are almost 3 times more likely than others to experience a mental health condition such as major depression or generalized anxiety disorder.” Some estimate that the depression rate amongst gay men is actually six times that of straight men, and nearly half of transgender people are experiencing symptoms of depression and anxiety. Meanwhile, LGBTQ youth are 4 times more likely than the general population to attempt suicide; one 5-year study in the UK found that of 34% of LGB people and 48% of transgender people under 26 have attempted suicide at least once. LGBTQ people also experience substance use disorders at 2-3 times the rate of the general population, conditions which often co-occur with other mental health disorders to complicate healing and occupy a unique place in the LGBTQ community. 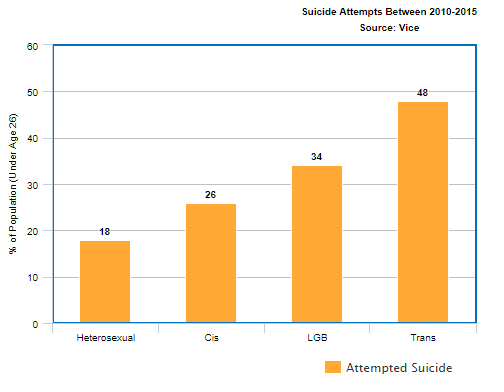 The Impact of Intolerance

The causes of these elevated rates of mental illness are not a mystery; despite the tremendous gains made in destigmatization and policy change across the country, destructive bigotry and intolerance remain deeply embedded within certain communities, institutions, and families, even in ostensibly progressive areas. As such, shame, stigma, discrimination, violence (including sexual violence), and familial rejection are now recognized as significant contributing factors to the widespread mental health concerns within the LGBTQ community.

“Many LGBT people—particularly youth and seniors—experience higher rates of rejection, bullying, harassment, general mistreatment, and even violence from the people and institutions that should be protecting them,” says Delores A. Jacobs, chief executive officer of the San Diego LGBT Community Center. “The enormous effort of … hiding in order to avoid rejection from their families, employers, churches, schools, friends, and neighbors can create an even greater sense of anxiety, fear, and isolation.”

And it’s not just overt discrimination, violence, and hatred that impact these feelings. Matthew Todd, editor of Attitude, explains:

[Lesbian, gay, bisexual, and transgender] mental health is a real and significant problem. Society treats everyone from birth as if they are heterosexual. If you’re not heterosexual and/or cisgendered then there is huge pressure to suppress that part of yourself. The most significant time is when we are growing up. We get it from our parents, from schools, from religions, from government, historically; from media, from every film you see and every book you read. The world is not as safe for [LGBTQ] people as it is for straight people.

Even people who have removed themselves from sites of intolerance and have found supportive communities in which they are accepted as they are can still be deeply affected by their formative experiences.

The Silence of Suffering

Leon knows how common mental health struggles are within the LGBTQ community and also sees how unacknowledged it often goes. When it’s spoken of at all, it’s often in code, brushing up against, but never quite fully touching, the topic.

At a recent event I attended, set up to train LGBT role models to visit schools and teach children about homophobia, no one explicitly mentioned their struggles with mental illness. We told other stories of how we had come to accept ourselves in the face of adversity, talking in riddles about ‘dark times’ or ‘feeling down’ or being a ‘bit too much of a party animal.’ But these problems have other names—depression, anxiety, addiction—that we consistently avoid, despite being in a community in which a large percentage of us will have gone similar experiences.

This silence surrounding mental illness leaves millions of LGBTQ people to struggle in isolation, even in the midst of otherwise thriving and connected LGBTQ communities. This isolation is augmented by the fact that there are still relatively few services designed to support LGBTQ people or that recognize the deeply interconnected nature of mental health and sexual or gender identity, leaving those who want treatment with limited avenues to healing.

But there are mental health treatment programs out there that can provide the kind and quality of treatment you need in order to cope with your psychiatric struggles. These programs are staffed by highly skilled clinicians who understand the unique struggles of LGBTQ people and have the experience and awareness necessary to provide truly exceptional treatment. These programs will allow you to explore the role your sexual or gender identity has played in your psychiatric distress and give expression to the pain that you have experienced.

Through an individualized mix of evidence-based and holistic therapeutic modalities, you can develop the insight and skills you need to move toward enhanced self-awareness, stability, and confidence. For many, the opportunity to engage in family therapy within the context of a comprehensive treatment program also provides a safe environment in which to mend troubled relationships and resolve painful conflict. Connecting with informed, compassionate care providers can be a truly transformative experience that heals old wounds and opens up the door to a new future.

Breaking Down Barriers to Mental Wellness

Mental health in the LGBTQ community is at once personal and political. In order to truly foster mental wellness amongst LGBTQ people, our culture as a whole must become a safe, welcoming, and equitable space in which sexuality and gender-based violence, discrimination, and oppression have no place. At the same time, it is imperative that those struggling with mental health disorders receive the personalized care they need to heal from psychiatric illness on an individual level.

“If you are [LGBTQ] and suffer from a mental illness, be defiant in your acceptance of it in the same way you would about your sexuality or gender identity,” writes Leon. “Bring it up, speak it out, and feel sure that your voice, however small or insignificant, is a valid one. After all, we have been, and will always be, a community of fighters—it’s about time we dared to show our battle scars.”

Bridges to Recovery offers comprehensive residential treatment for people struggling with mental health disorders as well as co-occurring substance abuse and eating disorders. Contact us to learn more about our renowned Los Angeles program, and how we can help you or your loved one start on the path to lasting wellness.