Stepping Down: The Importance of Safely Discontinuing Psychotropic Medication 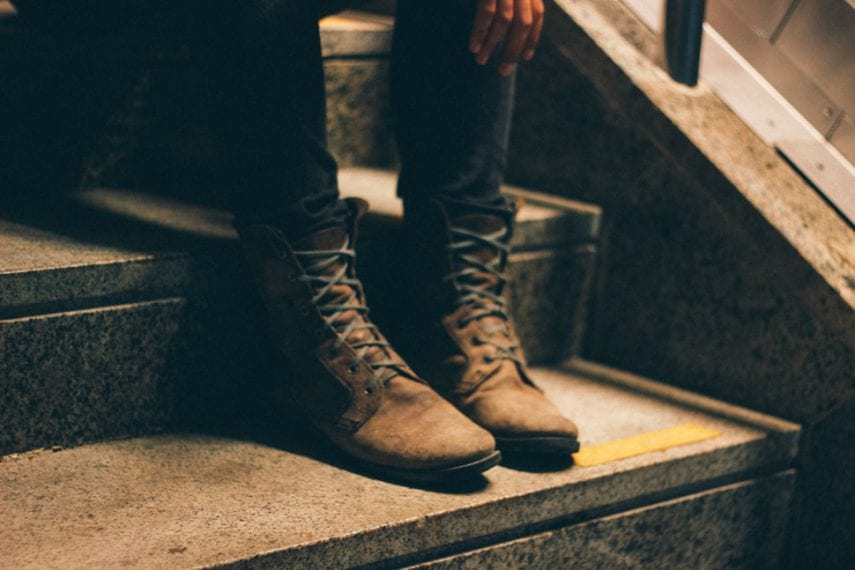 Disclosing that you are struggling with a mental health disorder is often met with a chorus of well-intentioned comments, questions, and advice. “Have you tried therapy?” “Have you tried yoga?” “My sister used meditation and she’s fine now. Have you tried it?” I don’t mind these questions. They are born from kindness and caring, meant to open up an avenue for healing that I may not have previously considered. How are they to know that I received my diagnosis almost 20 years go and, yes, I have tried it all?

The question that I do dread is, “Are you taking your medication?” Your medication. As if there is one single pill marked Mental Illness and if you just take it you should be a-okay. Of course, many people do, in fact, take one medication and are promptly on their way to wellness. But that was never the case for me. “My” medication has spanned virtually every type of antidepressant, antipsychotic, and mood stabilizer, extending beyond even the boundaries of FDA approval when I was prescribed moclobemide in Canada. Taking my medication was never the problem, the problem was always what the medications did, which typically fell into either the “nothing” or “something awful” categories. And, yet, even as each pill and cocktail failed, I retained hope that the next one would work. Sometimes I even held out hope that a pill that was clearly not working or, worse, making me sicker, would suddenly spur some unexpected and wonderful transformation. “Maybe I just need to take it for four months instead of three,” I would think, as I lay in bed trying to remember the last time I felt the sun on my face.

Apart from my small but eternally burning flame of hope, there was another, more powerful and complex reason I kept taking things that obviously weren’t helping me: I wanted to be a good patient. As the result of some adversarial early experiences with psychiatry at the age of only 17, I became acutely aware that my bipolar status made me inherently suspect. In those early days of medication, my legitimate concerns regarding the side effects of my pills were interpreted as an unwillingness to “do the work” and I quickly learned the word “noncompliant.” Dr. Danielle Ofri once wrote in The New York Times, “As soon as a patient is described as noncompliant, it’s as though a black mark is branded on the chart. ‘This one’s trouble,’ flashes into most doctors’ minds, even ones who don’t want to think that way about their patients.” As someone whose primary focus in life up to that point had been tending to a neat row of As on every report cards, noncompliant also wasn’t how I wanted to think about myself; I felt like I was failing at being a psychiatric patient.

And so I devoted myself slavishly to proving that I would be the best patient there ever was, dutifully taking whatever doctors gave to me, swallowing pills of any shape, color, and size according to instruction. Even if I was aware that in the short-term it did me no good, I was waiting for long-term gains; if my psychiatrists saw me trying, they wouldn’t think I wasn’t doing enough or didn’t want to get better. I wouldn’t be a regular and untrustworthy patient, I would be a patient so devoted to the treatment process that I would rather spend every day in a nauseated, anorgasmic haze than be seen as trying to weasel my way out of taking medication.

It was a bad plan and I wasted years on unnecessarily long medication trials with no payoff, time that could have been spent finding something that helped. But it wasn’t until I was shaking like a leaf at my doctor’s office and telling her that maybe we just needed to give this pill another week that I realized the full extent of my foolishness. “I think you might have Serotonin Syndrome,” said my doctor, a highly educated and compassionate woman whom I had been seeing for three years. She gently tapped my knee to text my reflexes and my leg shot out the millisecond the instrument touched my skin. “You need to get off this medicine now. Why didn’t you tell me what was going on?” After spending a night in the hospital wearing a smock made of tissue and intravenously linked to bags of fluids and sedatives, I stopped shaking and vowed to never let things get to this point again. It was only then that I found “my medication.”

The Path Toward Medication Discontinuation

People with mental illness often have complex relationships with psychotropic medications. For some, these drugs are the only thing standing between you and complete consumption by psychological distress and each bottle of pills is revered as a life-giving force. For others, psychotropic medications are what’s standing between you and being able to have a healthy sex life, go a day without vomiting, or remember what you said five minutes ago. People’s experiences with pharmacological interventions are vast, varied, and uniquely individual; medication can be deeply healing, but only if it’s the right medication.

If a medication is not right for you – whether because you find the side-effects intolerable, it doesn’t work, or you want to try a different form of treatment – it’s important to talk to your prescribing physician about your concerns and your desire to discontinue taking the medication. During your time on a particular psychoactive drug, whether it’s an SSRI, antipsychotic, mood stabilizer, benzodiazepine, or any other psychotropic medication, your brain has adapted itself to the chemistry of the drug. As a result, sudden discontinuation can violently disrupt neurotransmitter activity, opening up the possibility of a host of negative effects ranging from nausea, tremors, sleep disruption, and seizures, to psychologically destabilizing symptoms, such as mood dysregulation, cognitive impairments, and even psychosis. This can be true even if you have not experienced any therapeutic benefit from the drug. As such, careful, physician-monitored tapering off of a medication is the best way to ensure that you stay safe and comfortable during the withdrawal process and preserve both your physical and emotional health. By speaking honestly with your doctor about wanting to discontinue a drug, they can create and oversee a tapering plan for you.

Care During and After Discontinuation

Medication discontinuation is in most cases routinely and safely done on an outpatient basis monitored by your regular psychiatrist or other prescribing physician. For some, however, discontinuation can be an intensive process that is best done with the support and monitoring of a residential mental health facility. Cases in which residential treatment may be particularly useful include:

At Bridges to Recovery, we listen to and honor the needs of all of our clients and design personalized, comprehensive treatment plans to address each person’s unique situation while taking into account their history and preferences. Here, our expert psychiatrists can guide you through a medication discontinuation process and develop a new, thoughtfully considered pharmacological plan, should you want to try a new medication. The high level of oversight afforded by our residential program means that you may be able to more rapidly switch medications and your treatment plan can be continuously tailored in response to your progress. Simultaneously, intensive individual psychotherapy, therapy groups, and holistic therapies give you the support you need during the medication discontinuation or switching process, and, for some, can present a path to healing without the use of medication. Regardless of whether or not pharmacological interventions are right for you, here you will gain the insight and skills to create a healthier, richer, and more joyful life and find the stability to achieve long-term healing.

Bridges to Recovery offers comprehensive residential treatment for people struggling with mental health disorders as well as co-occurring substance abuse and process addictions. Contact us to learn more about our innovative program and how we can help you or your loved one start the journey toward wellness.