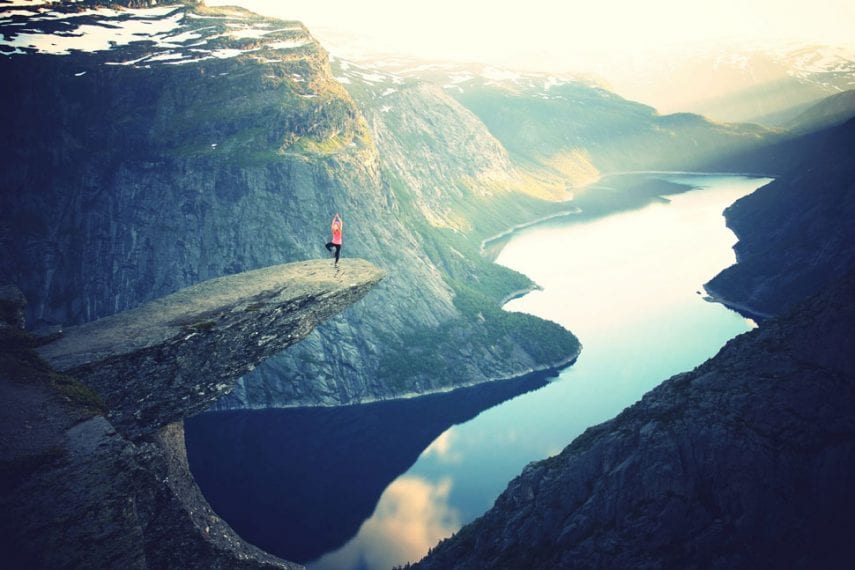 A few weeks ago, the New York Times published a powerfully emotive essay by Jamie Lowe describing her long and complex relationship with lithium. At 17, Lowe received a diagnosis of bipolar disorder after being thrown into a manic episode that left her sleepless, paranoid, and harboring grand delusions that she was the only one capable of preventing the quickly approaching end of the world. Her psychiatrist put her on lithium, a remarkable mood stabilizer whose exact mechanism of action remains unclear, despite having been used to improve psychological well-being since the days of ancient Greece. Lithium kept Lowe stable for seven years before she, with her psychiatrist’s blessing, decided to explore life without medication. In the months following lithium discontinuation, she descended into a mania that culminated in professional disintegration, contacting MTV to debate prominent politicians, and proposing to a man she had known for a month on a rooftop in New York as the sun fell from the horizon. It was lithium that once again brought her back.

Lithium carbonate is most notorious for causing weight gain and unquenchable thirst. It can also affect memory, thyroid function, and lead to severe lethargy that impacts daily functioning. However, it was permanent, lithium-related kidney damage that finally got Lowe. After years of ingesting the potent salt, her kidney function had deteriorated to the point where her options were few and simple: she could either switch medications or she could remain on lithium and count the days until she needed dialysis and a kidney transplant. The choice was obvious, but it was not easy. The medication that saved her is now threatening her life, and she can only wait to see if new treatment will allow her to remain stable, or if she will end up back in the throes of mania. She writes:

[T]he idea of waiting for that terrifies me. My boyfriend of three and a half years doesn’t know what I’m like when I’m manic. There’s nothing that I can say that will prepare him. If it happens again, I’m worried I’ll run off and ride the rails or that I’ll be accidentally unfaithful or that I’ll insist on wearing metallic unitards and Mexican wrestling masks or that, worst of all, I just won’t be me, and he won’t be able to remember who I am or that I’m in there somewhere. I worry that without lithium I will lose my job, my partner, my home, my mind … because I’ve been through all this. I don’t believe in God, but I believe in lithium.

Side Effects May Include

Most people who have taken psychotropic medications have had to face side effects in some form or another. For many, these may be as simple as mild nausea or fatigue in the first weeks of treatment, that subside quickly to become only unremarkable, if slightly uncomfortable, memories. Others experience more challenging effects, such as anorgasmia, short-term memory disruption, or slowed cognitive function that fundamentally limits your physical and mental abilities. Long-term use of some medications presents even more severe somatic problems, such as chronic insulin resistance, neuroleptic malignant syndrome, and liver damage. Even short-term use can have serious health risks, however rare, such as Stevens-Johnson syndrome resulting from lamotrigine use.

Lowe’s story is remarkable in that it brings to light the complex relationship many people with mental health disorders have with their medications. Too often, psychotropic treatment is presented as an obligation in which you are expected to tolerate a host of undesirable effects for the greater cause of mental health, and discontinuing medication based on lack of tolerability is sometimes confused with non-compliance. Negotiating the balance between psychological well-being and psychotropic tolerability requires an open and trusting relationship between you and your clinician, in which your concerns can be voiced and heard. It is vital that your psychiatrist discusses potential side effects with you so that you can make informed decisions regarding your treatment and have a realistic understanding of what you can expect. It is equally important that you inform your doctor about what you are experiencing and how it is impacting your life, to allow for thoughtful evaluation of medication protocols. Side effects may be minimized by modulating dosage levels or adding medications to counteract unwanted effects. For example, Wellbutrin is often prescribed to combat the sexual side effects of SSRIs. Your therapist may also help you develop behavioral coping strategies that allow you to compensate for effects such as memory problems and, in some cases, can also allow you to minimize your reliance on medication.

When a medication severely interferes with your quality of life or presents health risks that are unacceptable to you, it is crucial that you inform your doctor so that a discontinuation plan can be put into place. Many medications require gradual tapering to minimize withdrawal symptoms, which can include physical distress, and in some cases present serious health risks. It is also important that you have supports in place to guide you through the potential emotional impact of medication withdrawal and ensure that you remain stable psychologically. For some people, particularly those making major medication changes after long-term use, a residential facility can offer optimal safety through this process by allowing for constant, close observation and immediate intervention. Psychotropic therapy can be a life-saving treatment, but it is critical that your medication enhances your quality of life and expands your potential rather than limits it; your treatment provider can work with you to create a treatment plan that allows you to experience psychological harmony with the fewest possible side effects.

Bridges to Recovery offers comprehensive, compassionate treatment for people suffering from mental health disorders. Contact us for more information about our program and how we can help you or your loved one.