Life and Death in the Startup World: Exploring Mental Illness Amongst Entrepreneurs 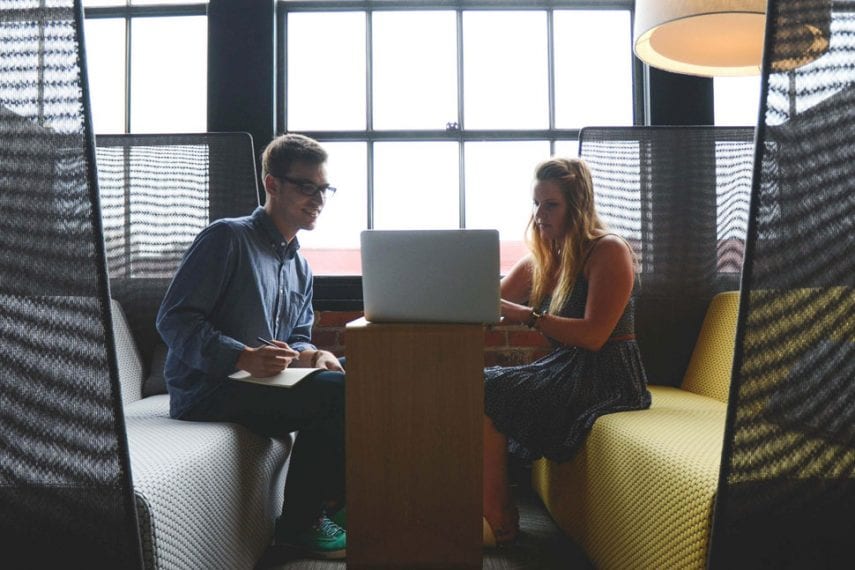 Over the past decade, tech entrepreneurs have reached rockstar status in a way the world has never seen before. With the success of innovators like Mark Zuckerberg, Jack Dorsey, Evan Spiegel, and Kevin Systrom serving as a testament to the possibility of international recognition, nearly unimaginable financial gains, and meaningful – even revolutionary – cultural contribution, young, smart, and driven people are increasingly turning away from more traditional avenues like medicine and finance to enter the world of tech startups. But between 24-year-olds signing multi-million dollar deals and Stanford drop-outs fundamentally changing the way we communicate lies a darker story, one that is only beginning to emerge.

The Promise of Ilya Zhitomirskiy

Ilya Zhitomirskiy was one of the most promising developers and tech entrepreneurs of his generation. In 2010, at the age of just 21, he founded Diaspora*, a social networking service intended to give users a level of privacy and security not offered by mainstream social media sites, while also opening up its framework to external developers, reflecting his commitment to both personal freedom and innovation. “[Zhitomirksiy] was an immensely talented and intent young mathematician,” says free software activist Eben Molgen. “He had a choice between graduate school and this project, and he chose to do the project because he wanted to do something with his time that would make freedom. Indeed, while Diaspora* had raised $200,000 entirely through Kickstarter, Zhitomirskiy told New York magazine, “There’s something deeper than making money off of stuff. Being part of creating stuff for the universe is awesome.” By all counts, he was well on his way to startup stardom, with many in the tech industry calling him the “free culture equivalent of Mark Zuckerberg.”

But by November 12, 2011, Zhitomirskiy was dead, having taken his own life in his San Francisco apartment. Near his lifeless body was a Post-It note that read, “Thanks everyone for everything. This was my decision alone.” His death came following a spate of cutting criticisms of Diaspora*, which Hacker News user josteink called “a laughing stock,” and whose open source code was widely admonished for its “gaping security holes.” In the wake of Zhitomirskiy’s death, his family, friends, and the tech industry as a whole were left to grapple with the weight of his suicide and what it said about the cutthroat world of startups. Although Diaspora* co-founder Max Salzberg denied that the stress of the startup culture and the disappointing public response to the service had anything to do with the suicide, Zhitomirskiy’s mother saw things differently. “I strongly believe that if Ilya did not start this project and stayed in school, he would be alive and well today.” And many agree with her.

The Reciprocal Relationship Between Mental Illness and Entrepreneurialism

While we may never know the exact combination of factors that drove Zhitomirskiy’s suicide, what we do know is that entrepreneurs appear to be at heightened risk for psychological distress and mental illness. According to a recent study by Dr. Michael Freeman, clinical professor at the University of California, San Francisco, 49% of 242 entrepreneurs surveyed reported having a mental health condition. “Depression was the No. 1 reported condition among them and was present in 30% of all entrepreneurs, followed by ADHD(29%) and anxiety problems (27%).” In contrast, only 7% of the general population identifies as depressed.

Some experts believe that the personality traits that spur entrepreneurialism, innovation, and success are the same qualities that predispose one to mental anguish. Research suggests the genetic variation in the neurological makeup of people with a powerful drive for success, dedication, obsession, and risk-taking may cause mutations that dampen the dopamine system, causing them to need significantly larger “highs” than the average person to experience pleasure. If these highs are not reached via increasing levels of success, a fundamental dissatisfaction may set in, triggering or augmenting pre-existing psychological distress in the form of depression, anxiety, or other mental health disorders. This may be further aggravated by experiential factors that both fuel a drive to succeed and lay the groundwork for the emergence of emotional suffering. Dr. David Linden of Johns Hopkins’ School of Medicine explains:

What makes someone achieve at that level – the top executives – is often a stress or trauma that happened early on. There’s something, usually an early experience, that fuels that kind of drive. The vast majority didn’t have some sort of basic needs met as children, so they’re driven very, very hard to succeed.

The wide range of articulations of psychological distress can, for some, create opportunities for that success. In an interview with Harvard Business Review, Claudia Kalb, author of Andy Warhol Was a Hoarder: Inside the Minds of History’s Greatest Personalities, explains the complex relationship between mental health disorders and entrepreneurial greatness:

The most common way [mental illness figures prominently into entrepreneurial narratives] may be narcissism. Frank Lloyd Write is a good example. He had classic narcissistic qualities – a sense of grandiosity, superiority, and a huge and complete belief in his aesthetic sensibility. Narcissists also have the ability to be charming, and to lure people into their orbit. That’s obviously useful for an entrepreneur. [Meanwhile, ADHD or DD are] often seen as a positive quality in entrepreneurs. People who have ADD tend to be risk-takers, have high energy and drive, and are always on the go.

But even mental health disorders commonly associated with a loss of function and a threat to professional success may be leveraged to create positive outcomes. The manic or hypomanic throes of bipolar disorder, for example, may give rise to extraordinary innovation and give you the energy and stamina to work seemingly inhuman hours. Even depression can bring you gifts that, if channeled correctly, augment your ability to perform:

Someone who comes out of a bout of depression and is back at work may have a greater ability to empathize, and to see situations more realistically without excessive optimism. That doesn’t happen in every case, of course, but there have been books written about people for whom mental illness helps propel them to a position they might not otherwise attain.

Recurrence of severe depression following a period of enhanced productivity and empathetic insight, however, can be crushing, and the environment of the startup world may contribute to both relapse and the emergence of new psychiatric conditions.

Startup Culture As A Trigger

Some, however, like Zhitomirskiy’s mother, believe that startup culture itself is largely to blame for the extraordinary levels of mental illness amongst entrepreneurs. Working crushing hours, limited time to engage in self-care or nurture meaningful social relationships, feast or famine economics, looming risk of failure, and the potential for burn out, or worse, is overwhelming. So, too, is the silence surrounding the pressures, anxieties, concerns, and psychological distress within the community. “I think the crazy dynamic range puts a lot of pressure on founders. People’s expectations of themselves get so high because the top is so high,” says Sam Altman, the 30-year-old president of Y Combinator, the most successful seed-stage accelerator in the world. “The culture of ‘I’m crushing it, bro’ is not that helpful.”

Brad Feld of The Foundry Group agrees. “Against the backdrop of this rah-rah everybody’s killing it, everyone’s doing great language, it makes it even harder to be open about it,” he says. Feld, who speaks openly about his own depression to bring awareness to mental illness within the tech industry, believes that the need to put on a brave face to investors and colleagues alike does a grave disservice:

We’re programmed and told over and over again that as leaders we have to be strong and show no weakness. That tone and that dynamic is incredibly hard to deal with, especially against the backdrop of huge amounts of stress and anxiety that gets generated by startups and the startup world.

It’s a strange thing, because everyone knows that, under the shroud of positive posturing, every start up and every founder is struggling or has struggled, but we’re only supposed to talk about what’s going right. Given that dissidence, it’s no wonder many of us find ourselves struggling quietly and privately.

Popular misconceptions regarding mental illness may serve to hide these struggles; while mental health disorders have an acknowledged and dangerously romanticized relationship with the arts, they are largely imagined to be fundamentally incompatible with succeeding in the business world. As such, your success acts as a perfect disguise for your psychological distress.

Breaking Down the Barriers to Healing

Zhitomirskiy isn’t the only rising startup star taken from us by suicide; since Zhitomirskiy ‘s death, Aaron Swartz, Jody Sherman, Faigy Mayer, and Austen Heinz have all taken their own lives. As fatalities increase, the damage of mental illness within the startup world is becoming harder and harder to ignore, and both individuals and organizations are beginning to acknowledge the need for greater mental health awareness amongst entrepreneurs. From the Bay Area’s Out of the Darkness Walks in memory of Austen Heinz to tech solutions like 7 Cups, a website connecting you to trained therapists and counselors, to community talks about mental health, members of the startup community are seeking to both start a conversation about and offer solutions for mental illness.

But for an individual suffering from a mental health disorder, recovery requires more than awareness, apps, and community meetings. For many, residential treatment programs specializing in a range of mental health disorders offer the best option for entrepreneurs seeking to heal from psychological distress as fully and rapidly as possible. Residential care at facilities like Bridges to Recovery can offer an intensity of treatment not possible on an outpatient basis, ensuring that you can quickly identify and remove obstacles to healing while engaging in in-depth personal exploration and transformation to create long-term change. By giving yourself the time and space to escape the startup world and focus on your emotional and behavioral well-being, you can create a strong foundation for ongoing recovery and gain the perspective you need to move toward the life you want.

As Chris Myers, co-founder and CEO of BodeTree, says, “Entrepreneurs need to be able to reach out and get help when they need it. There are good people out there who want to help. It’s just a matter of having the courage to reach out.”

Bridges to Recovery offers comprehensive residential treatment for people struggling with mental health disorders as well as co-occurring substance abuse and process addictions. Located in beautiful Southern California, our renowned program integrates the best evidence-based therapies with a holistic approach to care to create exceptional treatment experiences for our clients. Contact us to learn more about how we can help you or your loved one on the journey toward healing.