When is it Body Dysmorphic Disorder? Recognizing the Signs and Seeking Treatment 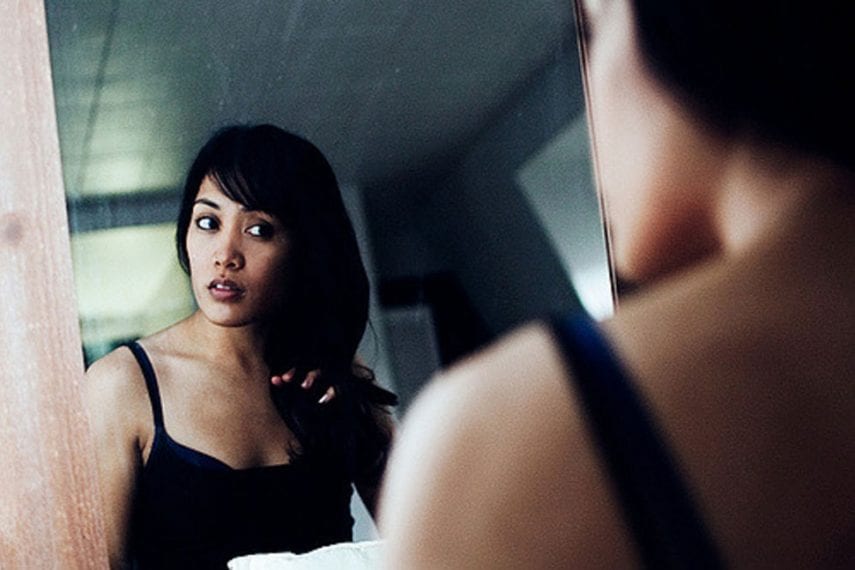 Standing in front of the bathroom mirror, we all tend to focus on our flaws: our nose is too long, our eyes are too close, our muscles aren’t defined enough. In a world driven by beautiful people in the media, it’s easy to feel less than adequate. We laugh it off with our friends–after all, it seems like everyone has low self-esteem. What most people don’t realize, however, is there is a point where low self-esteem transitions into a mental health condition. There is a point when minor flaws in appearance, perceived as major issues, result in severe self-destructive behaviors. This point is called body dysmorphic disorder.

Body dysmorphic disorder is defined by the Anxiety and Depression Association of America as “a body-image disorder characterized by persistent and intrusive preoccupations with an imagined or slight defect in one’s appearance.”

That sterile definition fails to convey the devastating effects of body dysmorphic disorder on a person’s life, nor does it explain where it comes from. For 22-year-old Anna, body dysmorphic disorder began as social phobia–a social anxiety disorder–and controlled every aspect of her day-to-day life. Her preoccupation with appearance started in middle school, when she started comparing herself to friends and to women in magazines. Anna’s fear of judgment was further fueled by bullies at school. She developed an obsessive focus toward parts of her body she thought were ugly. She wore baggy clothes to cover her midriff; spent hours applying makeup to try and make her eyes look bigger; woke up extra early in the morning to make sure her hair was just right. But no matter what she did, she couldn’t fix her perceived imperfections. Eventually, Anna stopped going over to her friends’ houses. She avoided all social functions and dropped out of her school activities. She felt like any time she walked into a room, people were staring at her worst features. She hated herself so much she contemplated suicide.

Do you or does someone you love have body dysmorphic disorder?

Yes, most people find themselves prone to one or more of the above habits, but when you have body dysmorphic disorder, you spend hours performing such activities, and allow your concern with appearance to impact your regular routine. Do you avoid certain situations or places because you are afraid of how you look? Do you feel depressed when you think about your appearance? Have you shut out friends and family members because you don’t want them to see your flaws? What you’re suffering from may be more than just low self-esteem.

Thankfully, body dysmorphic disorder is a treatable mental condition. Professional guidance can help you realize your feelings of inadequacy are unwarranted, and once you recognize how harmful things like negative self-talk can be, you can start modifying your behaviors. The National Library of Health explains that there are many facets to treating body dysmorphic disorder. Traumatic past events and cultural expectations which are exacerbated by OCD or anxiety must be individually dealt with through customized therapy.

At Bridges to Recovery, all facets of an individual’s psyche are examined to develop personalized therapy. That patient then undergoes cognitive restructuring, where he or she is taught to challenge the reality of their distorted thoughts on their body. This mindfulness is then combined with behavior modification to help the patient break through the rituals of things like mirror checking and skin picking, and occasionally also medication to relieve symptoms of anxiety or depression. Treatment for BDD happens simultaneously with treatment for any co-occurring disorders, so you can address both your BDD and the disorder it may have stemmed from at the same time.

No matter what, remember that you are not alone. The despair and anger you feel when you look in the mirror is not because you are an unattractive person; it is because you have a mental health condition. Knowing that what you’re going through is a symptom of a serious condition, rather than just low self-esteem, is a huge step towards getting help. Reach out, take that step, and let us help you on the road to recovery.

If you are concerned body dysmorphic disorder is affecting your daily life, the professional team at Bridges to Recovery is here to help. The caring doctors and staff will walk with you down the road to recovery, using the latest and most effective treatment methods. Contact us today with any questions, and let’s get started.