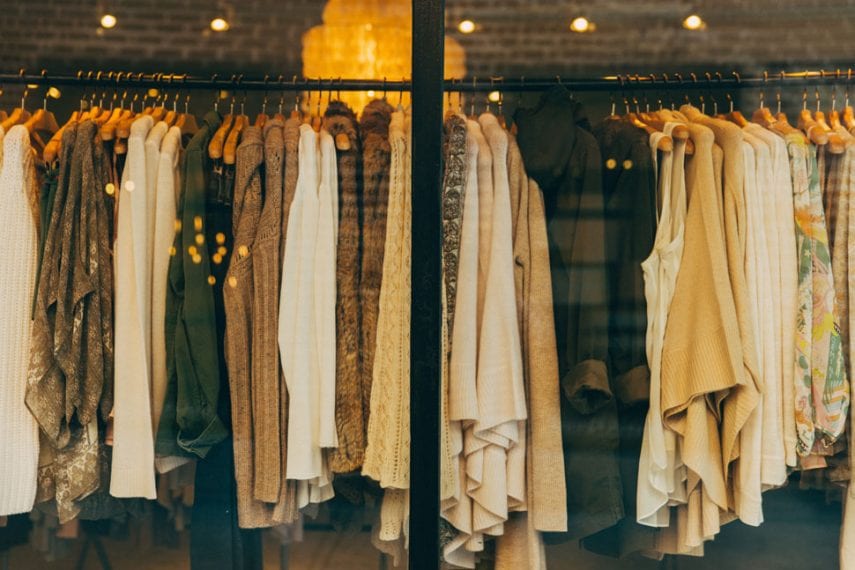 “It was a thrill,” Monica says. “It made me feel alive and vibrant. It gave me something to want, something to do, something to make me feel okay. And for a while, I would be okay, but it would always go away and I would always need more.” The way Monica speaks echoes the sentiments of countless people who struggle with addiction. But Monica isn’t addicted to alcohol or cocaine. She doesn’t do heroin and she’s never smoked pot. In fact, her addiction has nothing to do with substance use at all.

Monica suffers from shopping addiction, an impulse control disorder that affects an estimated 5.8% of the population in the United States and is marked by “a preoccupation with shopping, prepurchase tension or anxiety, and a sense of relief following the purchase.” Dr. Ruth Engs, an expert on shopping addiction, says, “[People with this impulse control disorder] go out and buy, to get a high, or get a ‘rush’ just like a drug or alcohol addict,” often to escape the distress of co-occurring mental health disorders like depression. Relief, however, is short-lived and, over time, symptoms typically intensify as overspending becomes a new source of stress. “Shopping and spending will not assure more love, bolster self-esteem, or heal the hurts, regrets, stress, and the problems of daily living,” Dr. Engs explains. “It generally makes these feelings worse because of the increased financial debt the person has obtained from compulsive shopping.”

Like so many others caught in the grip of shopping addiction, Monica’s impulse control disorder started slowly. “It wasn’t like one day I just maxed out my credit cards in some wild spending spree,” she tells me. “It was more gradual. I was going through a hard time in my marriage and was feeling so lonely and lost. Shopping gave me a pick-me-up.” But as her psychological turmoil deepened, her shopping went beyond benign retail therapy and entered more challenging terrain.

In retrospect, I should have gone to a doctor, but instead I went to the mall. I started buying progressively more and more expensive items, things I had no use for and would never wear. But in the moment, I wasn’t thinking past the purchase; it was the act of buying that was so exhilarating to me.

What wasn’t exhilarating, however, was juggling the credit card bills that followed her spending sprees, and soon she was scrambling to stay afloat. “My husband and I were talking about divorce and my main motivation for staying married was avoiding financial disclosure in divorce proceedings,” Monica says. “I didn’t want him – or anyone else – to find out how bad things were.” As her financial problems mounted, her depression deepened, and so too did the overwhelming impulse to drown her sorrows in shopping bags full of clothes.

Then the call came. Having exhausted her options for staying current on her credit card bills, she had been sent to collections and it was her husband who answered the phone when the collection agency rang. “Everything froze when he picked up that phone,” she confides. It was the moment she had been fearing for months, but when it finally arrived she felt something she never expected: relief. “It wasn’t so much that I couldn’t hide anymore, it was that I didn’t have to hide anymore.” There was no screaming, no confrontation, no panic. Instead, she simply told her husband everything. While he listened, and as the words came tumbling out, she began to see herself with a newfound clarity; she was a woman in a deep and enduring emotional struggle trying desperately to find a way out.

Over the past decade, the medical community has increasingly recognized the need for specialized shopping addiction treatment that disrupts the addictive drive and restores your ability to control destructive impulses. However, due to the high rate of co-occurrence with mental health disorders, particularly depression, addiction treatment alone is often not enough to resolve the overwhelming urge to shop. Rather, truly successful treatment must target both the addiction and the underlying emotional distress from which the shopping stems and create new, healthy outlets to cope with psychological struggle. Amongst the more critical elements of co-occurring depression and shopping addiction treatment is the recognition that healing doesn’t simply mean engaging in parallel depression and impulse control disorder treatments at the same time. Rather, treatment must seek to address the complex relationship between depression and shopping addiction, to break through the knots that tie them together via targeted emotional and behavioral interventions.

The Promise of Mindfulness

One of the most promising approaches to co-occurring depression and shopping addiction treatment is mindfulness-based psychotherapy. Mindfulness is an ancient practice that is increasingly being incorporated into clinical therapeutic environments to treat a range of psychiatric conditions, from mood disorders to substance addiction to personality disorders. As Alison Armstrong explains, “Mindfulness encourages us to fully experience whatever is happening to us in the present moment, and importantly not judge that as good or bad,” which many experts believe presents “a unique way to address people’s human wants and needs, without turning to excessive shopping.”

To study the impact of mindfulness on shopping addiction and depression, a group of researchers at the University of Surrey recruited six self-described shopping addicts to learn mindfulness over an eight-week period. “The changes in them were extraordinary. They experienced lessening of depression and anxiety that had driven them to shop, and reported feeling happier and more accepting of themselves.” Not only were the participants better able to identify shopping triggers and consciously decide against participating in self-destructive behaviors, they also gained a greater sense of self-awareness and a deeper understanding of the psychological needs they were attempting to fill through compulsive shopping.

While mindfulness can be an important part of healing, co-occurring depression and shopping addiction treatment must be tailored to the unique needs of each individual to ensure that the full scope of each person’s situation is fully tended to emotionally and behaviorally. At Bridges to Recovery, we create a personalized treatment plan for each client that integrates a comprehensive array of evidence-based therapies to create truly effective, transformative treatment experiences. We incorporate mindfulness strategies throughout our therapeutic modalities and offer multiple avenues toward healing to help each individual forge a meaningful recovery journey. Through a customized program of individual, group, holistic, and pharmacological therapies, you can uncover the roots of both your depression and your shopping addiction, open up possibilities for regaining emotional and behavioral tranquility, and create a more joyful, stable future.

Bridges to Recovery offers comprehensive residential treatment for people struggling with depression and co-occurring shopping addiction as well as other impulse control disorders. Contact us to learn more about our renowned program and how we can help you or your loved one on the journey toward healing.