Social anxiety disorder is one of the most common mental illnesses in existence, but its symptoms often make it difficult to seek treatment. Understanding the spectrum of social anxiety can help you remove barriers to social anxiety treatment and realize the potential of a multidimensional treatment experience. For many, residential treatment programs offer the best environment for the healing process to begin.

For many people, social anxiety disorder begins in childhood and is often mistaken for an inherent personality trait. She’s just quiet. He’s a loner. Brett, however, reached his late 20s without suffering from even garden-variety shyness. “I’ve always been so social—never had issues with looking people in the eye and talking to people,” he says. So when his social anxiety disorder emerged, its symptoms stood in stark contrast to the person he had known himself to be for nearly three decades. First he noticed that making eye contact made him uncomfortable. Then, things spiraled. He lived in fear of everyday conversations, dreading phone calls and meetings. “I was afraid of losing my job because I couldn’t do it,” he says.

If you are living with social anxiety disorder, chances are you know this feeling. The drop in your stomach. The tremor in your voice. The immobilizing fear. Whether the disorder has been with you since childhood or first presented when you were already an adult, its symptoms can deeply disrupt your ability to function emotionally and behaviorally, making the most common activities difficult or impossible. Even if you are able to maintain high function, the psychological toll the disorder takes can be devastating, increasing your risk of depression and substance abuse.

Today, there is a greater understanding of social anxiety disorder amongst both medical professionals and the general population than ever before. There are also more sophisticated treatment options than in any other time in history, options that range from the pharmaceutical to the psychotherapeutic to the holistic. But perhaps one of the most frustrating parts of this complex illness is that its symptoms themselves can act as a barrier to seeking treatment.

The Spectrum of Social Anxiety

Social anxiety disorder can be a profoundly isolating experience not just because you may avoid social contact, but because you may feel there is something fundamentally different about you, something shameful and wrong. It is a kind of psychological isolation that is just as impactful as physical isolation. Your experience seems to be so at odds with the people around you, the people who can do all the things that frighten you as if they are ordinary—interacting with strangers, giving public presentations, going to parties, talking to the cashier at the grocery store, signing your name on a delivery slip. The loneliness of the disorder often comes in part because your own anxiety is constantly contrasted by an ostensible lack of anxiety in others, the ease with which they move through the world.

However, social anxiety disorder is not a wild departure from the “normal” human experience—in fact, it is but an augmented version of perfectly natural emotions. People, after all, are inherently social beings. Our species has survived in part due to our drive to be a part of a larger collective and the desire to belong is deeply ingrained in us. As Stefan Hofmann, director of the Social Anxiety Program at Boston University, explains:

Social anxiety is a result of the fear of a possibility that we will not be accepted by our peers. It’s the fear of negative evaluation by others, and that is [part of] a very fundamental, biological need to be liked. That’s why we have social anxiety. [I]t would be very abnormal not to be socially anxious.

In other words, social anxiety is an evolutionary trait, something that reflects our primal drive toward belongingness. While the days of needing the protection of a larger social group may seem long gone, belonging in fact remains vital to our psychological and physical health—social integration has been shown to improve outcomes for everything from diabetes to cardiovascular disease, depression to schizophrenia. It makes sense, then, that humans have an innate anxiety about social rejection—we depend on social belonging for our wellbeing and compromising our access to that belonging can be severely detrimental.

Social anxiety disorder, however, exists on the outer limits of the social anxiety spectrum. For about 7% of people, social anxiety passes the threshold from a natural fear of social rejection into a new territory where fear of rejection interferes with wellbeing and the ability to participate in the social world. It transforms from protective to destructive and, thus, into a disorder. However, it’s important to remember that your experience is not a stark departure from “normal”—it is part of the same continuum. In fact, social anxiety disorder itself occupies a range—not a point—on that continuum, ranging from high to low functioning. Wherever you fall on the continuum, it’s important to know that you are not alone in your fears, even if those fears are augmented in intensity and shape your life in a way that is different than most.

Understanding that social anxiety disorder is within the range of normal human experience can help some people break through some of the shame that so frequently accompanies the illness and open up space for a sense of belonging to a larger community. This in and of itself can make the prospect of seeking treatment less intimidating. The commonality of social anxiety means that virtually everyone—including medical professionals—has some innate understanding of your fears, even if they do not experience them in the particular way you do.

It’s also important to know that social anxiety treatment can be tailored to your individual needs. There is no one set formula for treating social anxiety disorder and each person’s treatment process may look very different depending on their specific struggles. For example, while Cognitive Behavioral Therapy (CBT) is one of the most commonly used and effective therapies for social anxiety disorder, your symptomatology may make it difficult to immediately participate if you have anxieties about talking to people. In these cases, less verbal therapies, such as Somatic Experiencing or Eye Movement Desensitization and Reprocessing (EMDR) can sidestep your most pressing fears, give you a way into the therapeutic process, and help you diminish the intensity of your symptoms. As you build your inner resources, you can more fully participate in talk-based therapies such as CBT, giving you a comprehensive treatment experience by drawing on the strengths of each to create a greater whole. Through a variety of modalities, you can develop the skills you need to disrupt damaging patterns of thoughts and behavior and establish greater psychological tranquility. These therapies may be combined with medication to achieve the best outcomes.

While for some social anxiety disorder appears to emerge spontaneously, for others it is rooted in specific events, such as childhood trauma. In these cases, it is critical to address the underlying causes of your anxiety and resolve your traumatic memories. Experienced and compassionate mental health professionals understand that this can be a delicate process and will work with you to design a plan that allows you to safely explore these events without shame or judgment. A variety of modalities are available to ensure that you are able to address painful memories in a way and at a pace that is comfortable and meaningful for you.

The Value of Residential Treatment

Due to the complexities of treating social anxiety disorder and the value of a multidimensional treatment strategy, residential treatment programs are often the best environments in which to begin the healing process, regardless of your level of functionality. These programs allow you to fully devote yourself to your recovery removed from the stressors of every day life and engage in a broad spectrum of therapies tailored to your unique needs. The intensive nature of residential care ensures that you can quickly establish trusting relationships with your therapists and make rapid progress toward your goals.

Of course, residential treatment is an inherently social environment, presenting special concerns for people struggling with social anxiety disorder. It is essential to carefully evaluate the programs you are considering to determine whether they will be a good fit for you. Not only must they offer the kind and quality of therapies you need, they must also provide an environment in which you will feel comfortable enough to deeply engage in the therapeutic process. A small, homelike program can give you the opportunity to experience the benefits of residential treatment in a warm, intimate milieu in which your peers act as your allies in healing. With their support, you can explore your experiences and practice your new skills knowing you will not be judged or rejected.

If you don’t know if a program will be right for you, you may want to visit the facility. High-quality residential treatment programs should be happy to meet with you and offer you a tour so you can make an informed decision regarding your next steps. If you are hesitant to visit on your own, bring a family member or friend who understands your situation and will make you feel more comfortable. This visit is not only an opportunity to learn more about the program, but to begin to establish a relationship with staff so you have a friendly faces waiting for you should you decide to come to treatment.

In the right treatment program, you will learn how to harness your inner resources and realize potential you never knew you had. The transformative effect it can have on your sense of self and your ability to be in the world will open up possibilities for deeper, richer experiences and make you realize you do belong. 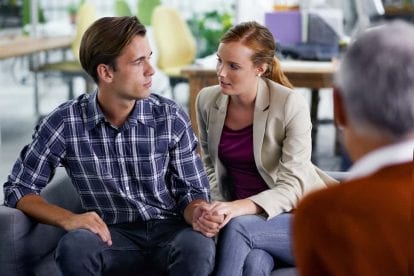 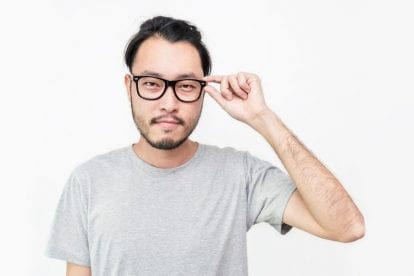