Can BPD Be Cured?

Borderline personality disorder (BPD) cannot be cured, and anyone who enters treatment looking for a quick and easy fix is bound to be disappointed. However, with treatment the symptoms of BPD can be effectively managed, monitored, and ultimately reduced in intensity, or entirely eliminated. A firm commitment to recovery is absolutely vital for BPD sufferers, who can find lasting wellness if they stay faithful to their treatment regimens and remain on guard against any signs of relapse.

There is no cure for borderline personality disorder, and no matter how successful treatment might be, the risk of BPD symptoms returning is real and cannot be ignored.

Nevertheless, the road to recovery following treatment for borderline personality disorder is relatively straightforward. BPD symptoms tend to peak in young adulthood and gradually fade over time, to the point where they’re no longer a feature of daily life. When treatment is provided the process of age-related decline in BPD intensity is quickened and the chances of enduring recovery are excellent.

In one recent study involving people who were hospitalized for borderline personality disorder and then released, 70 percent of participants no longer met the criteria for BPD at some point during the following six years. Among this group, 94 percent suffered no recurrence of their conditions and were able to maintain their symptom-free status indefinitely.

These results agree with the findings of two other borderline personality disorder research projects, both of which were first discussed in peer-reviewed medical journals in 2005.

In the first of these studies, called the Collaborative Longitudinal Personality Disorders Study (CLPS), several hundred patients diagnosed with personality disorders were tracked over a period of 10 years as they participated in outpatient recovery programs. Among BPD sufferers, 85 percent experienced extended symptom-free periods lasting 12 months or longer, and out of this group only 11 percent suffered any type of relapse. This means about 77 percent of individuals receiving treatment for BPD stopped having symptoms altogether, and this high rate of recovery was easily the best out of the various personality disorders included in the research project.

The second of these studies was sponsored by the McLean Psychiatric Hospital in Belmont, Massachusetts. This open-ended initiative monitored the ongoing progress of almost 300 BPD patients who were hospitalized in that facility and then released. They found that after 16 years, 99 percent of BPD patients treated at the McLean facility had achieved symptom-free periods of two years or longer, and 78 percent had extended that period to at least eight years. Among the latter group relapse rates were only 10 percent, again showing that continuing freedom from BPD symptoms was an achievable goal for most.

These promising statistics about recovery do not imply that hospitalization or outpatient treatment (or any other type of treatment, for that matter) can cure borderline personality disorder. But they do reveal that borderline personality is highly amenable to treatment and that sufferers do not have to remain trapped by their emotional turmoil forever. Time plus treatment are a potent anti-BPD combination, and they can work wonders in the lives of people diagnosed with this disruptive and difficult illness.

The Consequences of BPD

While recovery from borderline personality disorder is possible, treatment services should be provided as soon as possible after a diagnosis has been made, since those who suffer from the disorder can be heavily impacted by its overwhelming symptoms.

How heavily impacted? Here are some numbers that tell the story:

Statistics like these show the devastating effect BPD can have on human beings when it is not treated in time, or when it isn’t treated at all.

Treatment programs for BPD will be extensive, comprehensive, and multi-varied, and should include a combination of:

Much of the treatment received by BPD sufferers will take place on an outpatient basis. But in the early stages of recovery, inpatient services at a residential treatment center may be necessary to help individuals with BPD steer their recovery onto a sustainable path.

The severity of borderline personality disorder symptoms, combined with the frequent presence of other serious mental health conditions, often calls for more intensive care at the outset of the treatment period, when recovery is new and patients are still a long way from health and wellness.

Staying symptom-free is a realistic goal for people with BPD. But even if this milestone is reached, it is not the same thing as being cured. There is no cure for borderline personality disorder, and no matter how long someone has experienced freedom from its intense symptoms the possibility of relapse is always there.

Nevertheless, there is an excellent chance that recovery can last indefinitely and even be permanent, if BPD sufferers remain diligent in their commitments to their ongoing outpatient therapy programs, take their medications faithfully and as prescribed, and continue to monitor their own progress and ask for help the moment they experience any hint of a relapse.

In short, borderline personality disorder sufferers must take full responsibility for their health and recovery, and if they do so their worst BPD symptoms may be relegated to the past. They will not be cured in the normal sense of the word, but they will regain control of their lives and their destinies, and that in itself is a remarkable achievement. 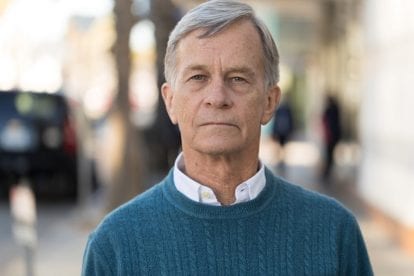 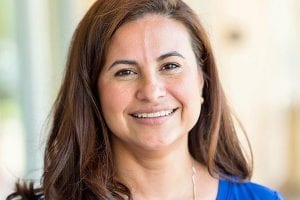