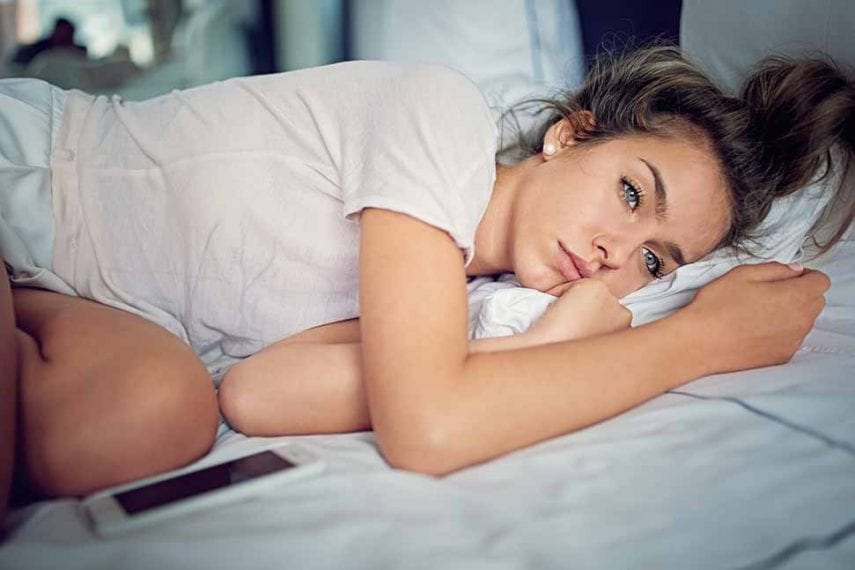 Generalized anxiety disorder and depression often co-occur. They have similar risk factors, but they also contribute to each other, one worsening or triggering symptoms of the other condition. The best way to treat and learn to manage these co-occurring mental illnesses is to get comprehensive, individualized, and long-term care from a team of professionals. Residential treatment is often the best option to help patients focus on wellness and to learn and practice the strategies that will help them manage these illnesses for a lifetime.

Depression and anxiety disorders are the most common of all mental illnesses.

So if you’re struggling with both you are not alone. At any point in time one or the other may cause more debilitating symptoms, but they also compound each other. Feeling depressed and sad can add to anxiety, and feeling nervous and anxious can trigger an episode of depression.

The best way to resolve symptoms of both anxiety and depression is to engage in long-term, comprehensive treatment that focuses on both.

Depression and Anxiety – What’s the Difference?

Anyone who struggles with both of these conditions may find it hard to know which is which. How do you know when you’re depressed versus struggling with anxiety? It’s not as straightforward as it may seem. But what is certain is that if you have one condition, you are at risk for having the other. Generalized anxiety disorder and depression often co-occur.

Major depression causes periods of two weeks or longer during which you feel sad and hopeless. You can’t just cheer up. It also causes behavioral changes, such as how you sleep and eat. You may find it difficult to concentrate or make decisions, and you could feel irritable or angry for no real reason. Depression may even cause you to feel suicidal.

There are several types of anxiety disorder, but generalized anxiety disorder (GAD) is the broadest. It causes persistent worry over many different situations and things, out of proportion to what would be expected. You may see harmless events as threatening, fear the worst in any situation, be unable to relax, feel jumpy all the time, and struggle to concentrate or remain focused on tasks. GAD can also trigger physical symptoms, like shaking, sweating, nausea and indigestion, and muscle aches and tension.

The Consequences of Going Untreated

Just because these two conditions are common does not mean they are not serious. The consequence of not seeking treatment is that you will live with the above symptoms. And those symptoms in turn can lead to a whole set of repercussions that impact all areas of your life, including:

Consider the case of a patient named Kandace. She struggled with anxiety since high school but always felt like she could handle it. She loved to run and go to yoga classes, and these activities helped calm her down when worrying threatened to overwhelm her.

But in her 20s, Kandace’s episodes of anxiety started to get worse. She couldn’t control them well anymore, and anxiety started to interfere with her job. She was embarrassed to tell anyone what she was going through, and after failing to come in to work for several days in a row because she couldn’t face it, her boss let her go.

The loss of her job only worsened Kandace’s anxiety, and she started to feel hopeless. She felt alone and depressed. It wasn’t until her parents noticed that she hadn’t been to work for a month and that her friends hadn’t seen her in weeks that they realized something was wrong. They finally got Kandace into a residential treatment program, where she was diagnosed with generalized anxiety disorder and depression.

After several weeks in treatment, Kandace fully realized how her mental illnesses had taken over her life. With therapy and other interventions she learned how to recognize early signs of an anxiety attack and depressive episodes, as well as triggers. With her therapist, Kandace found ways to control her negative thoughts and feelings and learned strategies for managing her illnesses and retaking control of her life.

Co-occurring conditions are common. Treating both together is essential for the best outcomes. The main reason this is so important is that one condition can trigger or worsen the other. Treating just one condition, like GAD, may help in the short-term. Treatment can improve symptoms and reduce the frequency of anxiety attacks.

But for someone who also struggles with depression, one episode can trigger a recurrence of anxiety. All the good work that went into treating GAD can be destroyed by the sadness, hopelessness, and isolation caused by depression. The opposite is also true, and this applies to any two or more mental health conditions, including substance use disorders.

Why Outpatient Care May Not Be Enough

Any treatment for co-occurring mental illnesses is better than no treatment. However, many people turn to outpatient care, such as one-on-one weekly therapy sessions, and it isn’t enough for everyone. This kind of treatment can be useful, but it is limited. Even with a few sessions a week, the majority of your time will be spent trying to cope without professional support.

Outpatient care is not enough if you struggle to manage your symptoms and episodes of anxiety or depression. If you still, in spite of therapy sessions, see your illnesses negatively impacting other areas of your life, you may need more intensive, long-term care. Managing more than one mental illness is more than twice as difficult as dealing with one, and that means you need more support.

What Residential Treatment Can Do

For GAD and depression, residential treatment is a great option for long-term success. If you have tried other ways to manage these illnesses and don’t feel you have succeeded, or if you haven’t had any treatment yet and feel overwhelmed at the idea of trying to overcome them, inpatient care has a lot to offer:

Generalized anxiety disorder and depression are both very serious mental illnesses. They have the potential to take over your life and interfere with relationships, family, work, school, and your physical health and overall well-being.

Trying to tackle just one of these conditions, or trying to go it alone and manage without support, will only lead you back to the starting point. For lasting results, residential care will provide you with the foundation and the tools you need to manage these chronic illnesses and enjoy a greater quality of life.