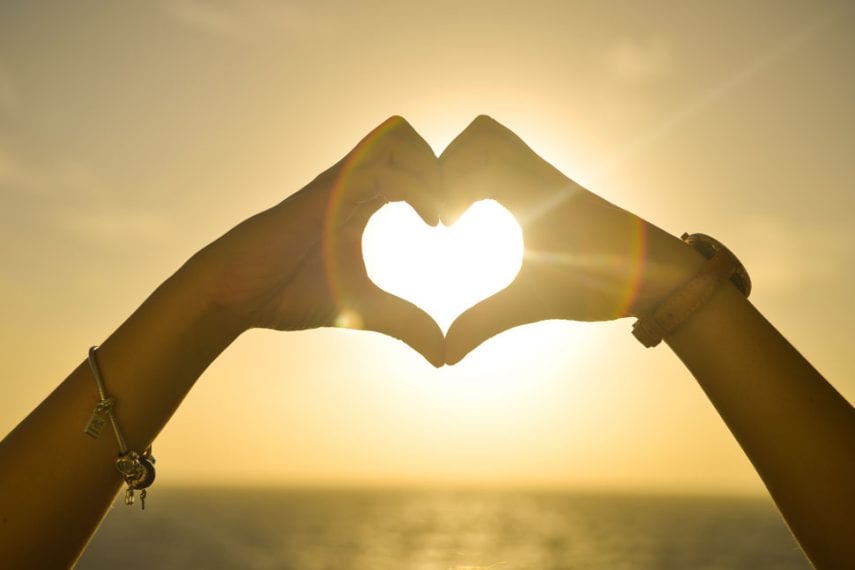 April was young when she developed heart disease. “I was 42. It was the last thing I expected,” she tells me. “When my physician gave me the diagnosis, I was in shock. Sure, my diet wasn’t perfect. I smoked a bit, a habit I’d never been able to break. I always planned to exercise but it never quite seemed to work out between work and raising kids and trying to enjoy those rare moments of alone time with my husband. But heart disease wasn’t even on my mind.”

For April, the news wasn’t just unexpected; it was devastating. “I was consumed by guilt and by fear of death. Any time I felt any twinge in my chest I was convinced this was it.” Her doctor, however, was far more optimistic. With the right medications and lifestyle changes, he believed that April would be able to successfully manage her condition and minimize risk of major adverse events. “I wrote down every single thing he told me and went home and planned to do it all. I was going to exercise, I was going to eat a perfect diet, I wasn’t going to smoke ever again.”

“But I couldn’t do it,” she says. “I took sick leave from work, determined to get myself together, but I could barely get out of bed, nevermind walking the 10,000 steps a day and doing the yoga and preparing the healthy meals I had envisioned. And the idea of giving up smoking at that time seemed crazy. In fact, I wanted to smoke more than ever.”

When April went back to her doctor, she was sure he was going to admonish her for her lack of adherence to his instructions. But he didn’t. “Instead of telling me to just power through and do the diet, do the exercise, quit the smoking, he told me I needed treatment for depression. And the goal of the treatment wasn’t just to allow me to make the lifestyle changes he suggested; the danger now wasn’t simply me not eating enough vegetables or not going for a run. The depression itself—not just its behavioral symptoms—was putting me at new risk.”

The Complex Interconnections Between Mind and Body

It is common to view the body and the mind as disconnected entities, each with their own separate needs and ailments. The more researchers learn about the overlaps between our somatic and psychological selves, however, the more it becomes clear that the mind and the body are intimately connected, each informing the well-being of the other.

In recent years, studies have revealed that depression is a significant risk factor in the development of heart disease, particularly in young women. According to one study by researchers at Emory University, for example, women under the age of 55 who suffer from depression are twice as likely to have heart disease than women who do not suffer from depression. While the exact mechanisms of this link are unknown, researchers have traditionally believed that the relationship may be explained in part by the physical effects of depression itself. These include sleep disturbances, increased rates of smoking, alcohol abuse or drug use, poor diet, and lack of exercise, all of which are known risk factors for heart disease. “When people get depressed, they stop taking care of themselves. And when they stop taking care of themselves, they get sick,” says Dr. Suzanne Steinbaum, a spokesperson for the American Heart Association.

But while lifestyle factors may certainly affect the development of heart disease, the link between depression and heart disease appears to go beyond lifestyle. In an 11-year Norwegian study on 63,000 people, those with moderate to severe symptoms of depression had a 40% increased risk of heart failure. What is notable about this study was that it controlled for factors such as obesity and smoking. “This means that we can be confident that these factors did not cause the association,” says Lise Tuset Gustad, an intensive care nurse at Levanger Hospital and lead author on the study.

So if lifestyle doesn’t fully explain the relationship between depression and heart disease, what does? According to Gustad, part of the answer may be found in the biology of depression itself. “Depression triggers stress hormones. If you’re stressed you feel your pulse going up and your breath speeding up, which is the result of hormones being released,” she explains. “Those stress hormones also induce inflammation and [plaque buildup in arteries], which may accelerate heart disease.”

Dr. Angelos Halaris, a psychiatrist at Loyola University Medical Center, believes that the inflammation theory may be the key to fully understanding the interplay between depression and heart disease. In a recent study, he found that interleukin-6, an inflammatory biomarker strongly associated with heart disease, was significantly higher in the blood of patients diagnosed with major depression than it was in healthy participants. According to the press release on Dr. Halaris’s research:

Stress is the key to understanding the association between depression and heart disease. Stress can lead to depression, and depression, in turn, can become stressful. The body’s immune system fights stress as it would fight a disease or infection. In response to stress, the immune system produces proteins called cytokines, including interleukin-6. Initially, this inflammatory response protects against stress. But over time, a chronic inflammatory response can lead to arteriosclerosis (hardening of the arteries) and cardiovascular disease.

But the relationship between depression and heart disease isn’t a one-way street. Heart disease itself can trigger depression, which in turn causes chronic inflammation, which aggravates the existing heart disease, a vicious cycle that needs to be interrupted.

As the body of research investigating the links between depression and heart disease grows, one thing is becoming clear: those suffering from depression and heart disease should not focus solely on the physical aspects of their health. Depression treatment must be a part of the equation, and that treatment must go beyond simply stabilizing you enough to make physically healthy lifestyle changes.

At Bridges to Recovery, we offer comprehensive, personalized treatment plans tailored to the unique situations of each client. For clients who are struggling with physical health conditions, we work closely with your healthcare team to ensure that the full scope of your psychological and somatic needs are addressed. While in our care, you have the opportunity to investigate the true nature of your illness and the way both your mental health disorder and heart disease have impacted your life. Through a holistic array of therapiesdelivered by compassionate clinicians, you will gain a greater understanding of your emotional and behavioral self while developing real strategies for managing stress, regaining psychological stability, and fortifying your mind, body, and spirit. Simultaneously, pharmacological treatments may be used to elevate mood and create the emotional space you need to focus on your healing while also offering protection against adverse cardiac events.

By combining somatic and psychological treatment, you can alleviate emotional suffering and minimize the risk of further physical damage from heart disease, allowing you to live a fuller, richer, and longer life.

Bridges to Recovery’s renowned residential program offers the highest standard of care for people struggling with depression as well as co-occurring health disorders in a warm, welcoming environment. Contact us to learn more about our program and how we can help you or your loved one start the journey toward lasting wellness.