In Suicide Prevention Month, Battling Depression Is the First Step in Saving Lives 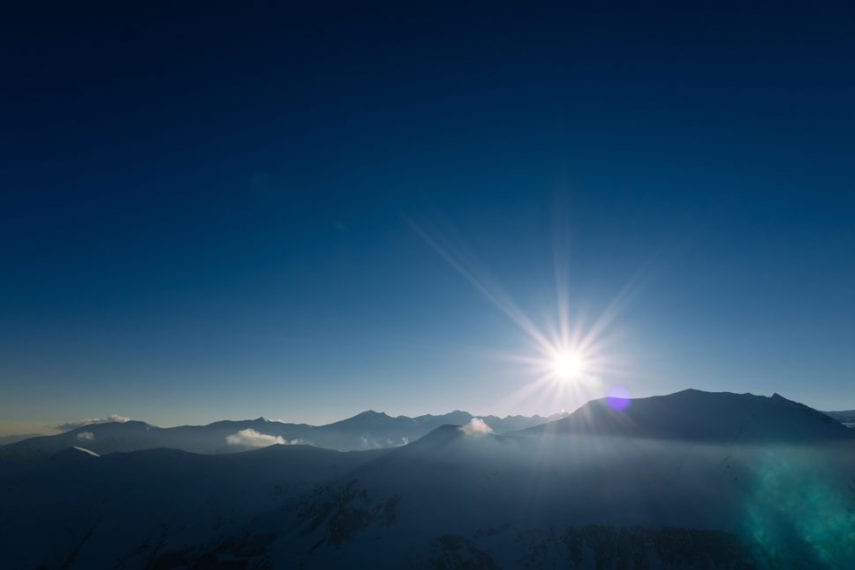 Suicide is a leading cause of death in America, but it is commonly misunderstood. During Suicide Prevention Month, it is important to bring awareness not only to the seriousness and prevalence of suicide, but also to the painful mental disorder behind so many cases: depression. It is critical that we understand a loved one’s need for help and approach them with compassion.

In an instant, a person falls into an abyss, a blackness, their body tumbling into an awful gyre of statistics, widening every day. After months of consideration or in just one brief and awful paroxysm of despair, they have taken their own life, their future, and with it any hope of making things better. To many, the act of suicide seems inhuman, but the reality is that it is very human: it is prevalent, it is all around us, and it is a growing problem. During Suicide Prevention Awareness Month, we need to look the issue square in the face and understand what we can do to help someone from reaching that loneliest of all decisions.

Suicide is too often seen as a shameful act, but that just makes the stigma around it worse. We need to understand why people are driven to this and understand that depression, a real and serious mental condition, is behind it most of the time. In understanding that there are reasons someone would take their own life, we can work with them to get the help they need. That’s the only way to ease the pain they feel and the pain their loved ones feel when they decide that they can’t go on.

The Painful Statistics About Suicide

If you talk to people, you’ll learn that nearly everyone knows someone who has been affected by suicide, whether directly or indirectly. That’s because suicide is not an uncommon act. It is a legitimate public health crisis, as evidenced by these statistics:

Maybe the most important statistic, the through-line in this howl of pain, is that of depression: nearly 90% of all suicide victims have a mental illness at the time of their suicide, and for the most part, that is depression.

The Burden of Depression and the Terrible Appeal of Suicide

When we ask why someone committed suicide, we are usually looking for one easy answer. In pop culture, we often see it as a literal single bullet theory. They lost all their money, or their wife left, or they were revealed to be a crooked warden the entire time and were about to get arrested. And while there are times when life just seems overwhelming, there is rarely one reason. It usually has root causes.

“He has plenty of money.”

One attitude that people have about suicide is that if there is no reason for the act, it must be about nothing. But that “nothing” is the bleak heart of depression. It is a serious mental disorder that impacts everything in a person’s life and can make them feel as if there is no joy, no happiness, no connection, and no point. In and of itself, depression is enough to sometimes drive people to suicide, but in combination with an event, such as the loss of a job, the death of a loved one, or even something that should be happy, such as the birth of a child, they can find themselves pushed to the edge.

Some symptoms of depression which loved ones should be on the lookout for include:

If someone you love is exhibiting these signs, don’t shun them. The resulting feeling of shame can further depression and can exacerbate a terrible cycle. Instead, they need help before it is too late.

A Cry For Help and the Need to Get It

Too often, we dismiss a suicide attempt as “a cry for help,” as in, “She cut her wrists, but wasn’t really trying to kill herself. It was just a cry for help.” It’s the “just” there that is weirdly dismissive, as if the cry and the attempt aren’t the same thing, as if the completion of the deed is the only thing that makes it real. But during this month, and always, we urge you to understand that it is all part of the same action, all part of the same roiling sadness, the bleakness and the isolation at the heart of depression, and we urge you to get help for yourself or for another.

Talking with trained and compassionate counselors can help bring to light the causes of this depression, and that can help to bring them back from that horrible precipice. There is no one cause for suicide and no single reason why anyone makes that decision. But there are root causes, mental health issues that can be treated with dedicated therapy in a group session or with individual counselors. Connecting with a residential recovery center can turn that cry for help into real, sustainable, and life-saving help. It can turn a cruel statistic back into a person who sees the value in their life.

If you or a loved one is struggling with depression or suicidal ideation, please reach out to us today. Even if we are not the right program for you, we will always listen, and will work together to find you the help you need.