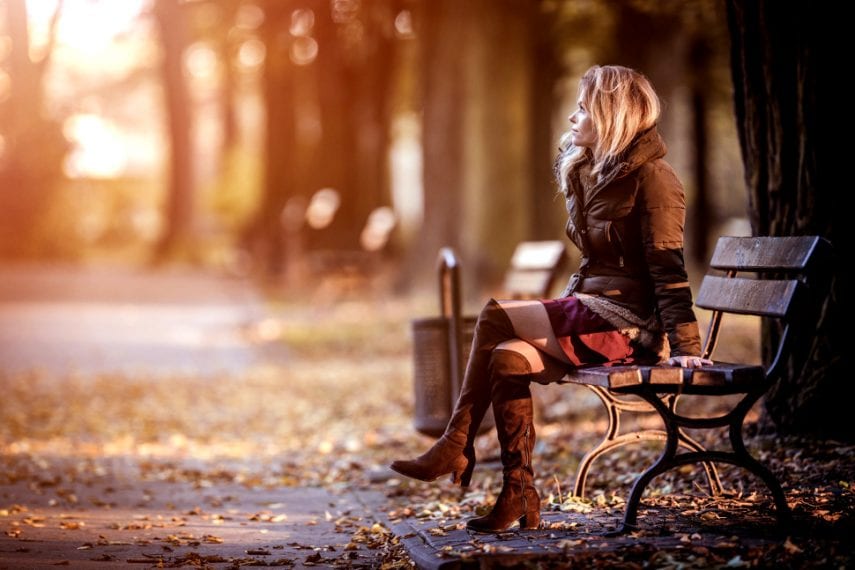 Gaslighting in a romantic relationship is how an abuser forces their victim to question reality and their own sense of self. It is a series of lies that can be hard to understand or get out of, which is why it is important to recognize the signs and change your situation. Comprehensive therapy to understand the underlying issues is key to dealing with gaslighting in romantic relationships.

Imagine sitting at a lake facing east, watching an aching sunrise. A passerby comments on the beautiful sunset. You question him, only to have another person talk about how lovely the sun looks as it goes down. And then another, and another. You know you’re facing east; you know it is getting brighter as the sun fills the sky. But if everyone tells you that you are wrong, you question if everything you have ever known is wrong.

There’s a name for that phenomenon: gaslighting. Gaslighting in romantic relationships is a form of abuse where the abuser continually lies, bullies, and manipulates their partner so that they never know what is true or what is false. It is a firehose of misinformation designed to confuse, disorient, and cause a sense of self to fall into disarray.

Gaslighting is a way for an abuser to trap their victim and bind them emotionally. It’s a form of control through deceit, and it is shockingly common. But there are ways to get out of it. Recognizing the signs is both the way to maintain your sense of self, keep your handle on reality, and extricate yourself from that situation.

Gaslighting can destroy your conception of who you are. But you can find it again, especially with the help of comprehensive therapy that recognizes all underlying issues. It’s the best way to see the sun rise again in your life.

Understanding the Reality of Gaslighting in Romantic Relationships

How does gaslighting in romantic relationships work? There are a lot of variations in how it can manifest. In essence, it takes the form of someone not just denying bad behavior, but making the person feel too terrible to even making an accusation, making them feel like they are out of their mind for even thinking bad behavior is possible.

A classic example is someone who is cheating. If they are suspected, they may say “No, I’d never do that to you” or “No, I was over at the bar, come on.” It’s dishonest, but it’s not gaslighting. Gaslighting would be to start to insist that you knew your partner was at the bar. That you told them to go. That it is nonsense to think otherwise. That you are being deeply unfair and cruel, and deeply paranoid. That what you’re saying doesn’t make any sense. It’s very easy to be trapped by this, especially if the person doing the gaslighting is able to seem rational and calm.

Guilt is a big factor in gaslighting. If the gaslighter can make you feel guilty for what are very real concerns, then you start to bend over backward to justify any abnormal behavior. You question your own perceptions, rather than the words and actions of the gaslighter.

Why does gaslighting happen in a romantic relationship? There is no one reason. Victims of gaslighting might have social anxiety or other self-esteem disorders, but they don’t have to. Anyone can fall prey to it. For the abuser, it can be as easy (and complex) as a person needing to bind their partner to them. Often, it’s about having the power and control in the relationship. If they control your sense of self, they control everything. A person who gaslights may have mental disorders, such as NPD (which creates a diminished sense of empathy), but there doesn’t have to be an underlying disorder.

Desperation, fear, insecurity, and cruelty can be enough. That’s why it is important to recognize the signs of gaslighting in a romantic relationship.

Recognizing the Signs of Gaslighting in Romantic Relationships

While gaslighting in a romantic relationship takes many forms, there are a few consistent signs you need to recognize. These include:

There are many other signs, including the occasional positive reinforcement designed to keep you off-guard. But at the end, they boil down to someone making you question everything you know.

It’s time to find some answers.

How Comprehensive Therapy Can Help You Get Away from Gaslighting

There are a few things you can do to get away from the cruelty of gaslighting in a romantic relationship, but they all involve taking proactive steps. These can include:

Comprehensive relational therapy is a way to understand the interpersonal dynamics that created this situation, to build up your self-esteem, to discuss how you went from Point A to Z, and to recognize, most importantly, that it wasn’t your fault. It is a way to re-establish reality. Therapy conducted by relationship experts helps you get back to who you are.

Living With the Aftermath of Childhood Trauma: How I’m ...

Are You Suffering From “Post-Election Stress Disorder?” ...