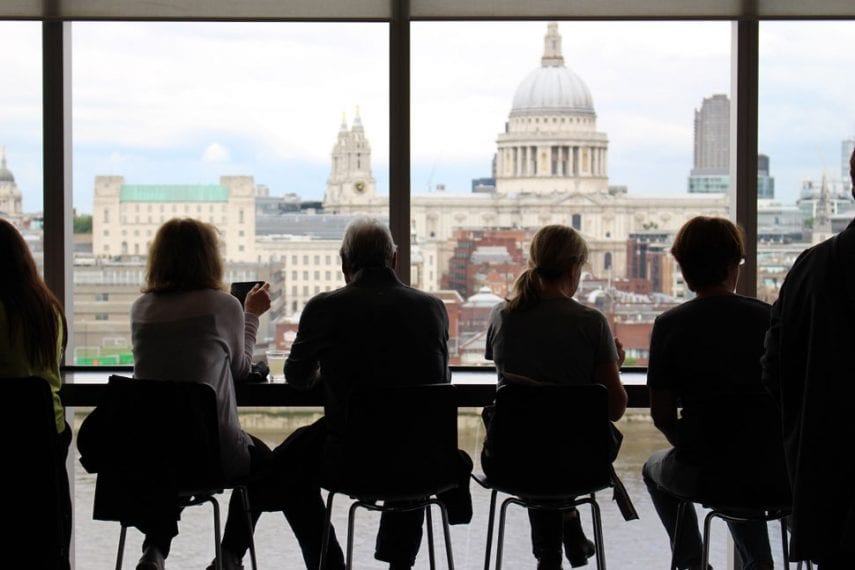 Important work is being done to disrupt stereotypes about mental illness and destigmatize psychiatric disorders through public awareness campaigns that seek to humanize the struggle with mental health. The swell of celebrity disclosures and public advocacy have opened up a cultural conversation and has slowly begun to dismantle damaging myths about people with mental illnesses, in the hope of facilitating integration and acceptance.

However, while the public may have a better understanding that schizophrenia does not increase propensity for violence and that people with bipolar disorder can live normal lives, new research suggests that there may be a less recognized but still powerful myth surrounding mental health disorders that contributes to social isolation and fear: contagion.

In a study published in Memory and Cognition, Jessecae Marsh and Lindzi Shanks found that people believe that mental health disorders may be transmitted via social contact, and that these beliefs affected willingness to interact with people suffering from a mental illness. In the first stage of the study, the researchers asked participants to rate the probability of contracting various illnesses through close contact on a scale of 0-100%. The perceived likelihood of transmission was highest for alcohol abuse (56%), anorexia (35.7%), and major depressive disorder (32.2%), while Tourette’s disorder, autism, schizophrenia, and bipolar disorder ranked lowest (4.2%, 5.3%, 7.4%, and 11.2% respectively). In the second phase, participants were asked questions about their willingness to have contact with people suffering from various disorders:

People’s willingness to interact with someone with a given disorder was best predicted by their belief about the communicability of that disorder, with other beliefs—about, for instance, the disorder’s psychological basis and the extent to which an individual can control the symptoms she displays—playing a much smaller role. A second experiment helped establish that this predictive relationship was actually causal: It was indeed beliefs about communicability that caused different attitudes toward personal interaction.

In other words, participants’ willingness to interact with a person depended primarily on their perceived likelihood of catching the illness, increasing the isolation of those who suffer from the most “contagious” mental health disorders.

Social contagion of certain mental health disorders may seem logical in some instances; for example, spending time with a depressed friend may put a damper on your mood, and seeing a loved one in distress can have a significant impact on your emotional state. However, these are usually normal, if uncomfortable, reactions to specific stimuli; there is a world of difference between feeling down after hanging out with a friend struggling with depression and living in a constant state of emotional suffering as the result of major depressive disorder.

A study into social contagion of depression between roommates found no evidence of depression transmission between female roommates, and that having a depressed roommate did not increase depressive symptoms amongst women with pre-existing depression. In fact, researchers discovered that when a woman disclosed depression, her roommate actually experienced fewer depressive symptoms. The same study found that having a depressed roommate did not increase depression amongst mentally healthy men, although depressive symptoms were augmented among men with pre-existing depression, which may the result of gendered differences in emotional processing and social supports. When accounting for the total effects observed through the study, the researchers wrote, “Our findings are consistent with no significant overall contagion of mental health and no more than small contagion effects for specific mental health measures.”

One area where social contagion does appear to be a factor is in drinking behavior. Research by Dr. Nicholas A. Christakis and Dr. James Fowler analyzed alcohol consumption within multigenerational social networks made up of over 5,000 research subjects, and found that participants were 50% more likely to engage in heavy drinking if they had a close relationship with a heavy drinker. This makes sense, given the social nature of many people’s drinking and how significantly alcohol consumption patterns are shaped by social and cultural norms. The findings may also reflect the hereditary nature of alcohol addiction; growing up with an alcoholic parent does indeed increase propensity for developing an unhealthy relationship with alcohol. However, the study does not indicate that simply interacting with a heavy drinker will inevitably result in drinking more yourself. Moreover, the social influence was not a one-way street toward drinking:

[F]or every social contact who abstained from alcohol, a person’s likelihood of heavy drinking decreased by 10%. What’s more, for every teetotaling friend, aunt or cousin, people were 11% less likely to be moderate drinkers, and 22% more likely to abstain from drinking as well.

People who struggle with alcohol addiction may, in fact, decrease their alcohol consumption when they see their behaviors are not reflected and reinforced by their social circle. This is in keeping with recent research that shows how role incompatibility may halt the progression of heavy drinking and lead people with alcohol dependency to seek treatment. Forming meaningful social connections with non-drinkers may be an important part of recovery.

Breaking Through the Contagion Myth

Mental health disorders are complex medical conditions, often with multilayered genetic, biochemical, and environmental causes. Understanding the true nature of these illnesses is imperative to breaking down the contagion myth that contributes to damaging social isolation and creating a more aware, welcoming culture in which people living with psychiatric disorders can get the treatment they need. If you know someone suffering from a mental illness, don’t avoid them. Encourage them to seek help and support them on their journey to emotional and behavioral wellness with compassion and empathy. If you feel you are at risk of developing a mental health disorder, contact experienced professionals who can accurately assess your situation and give you the guidance you need to regain psychological stability and wellness.

Bridges to Recovery provides private residential treatment for people suffering from mental health disorders. Contact us for more information about how we can help you or your loved one on the path to recovery.