Bulimia and the Father-Daughter Relationship: Healing Mind, Body, and Heart 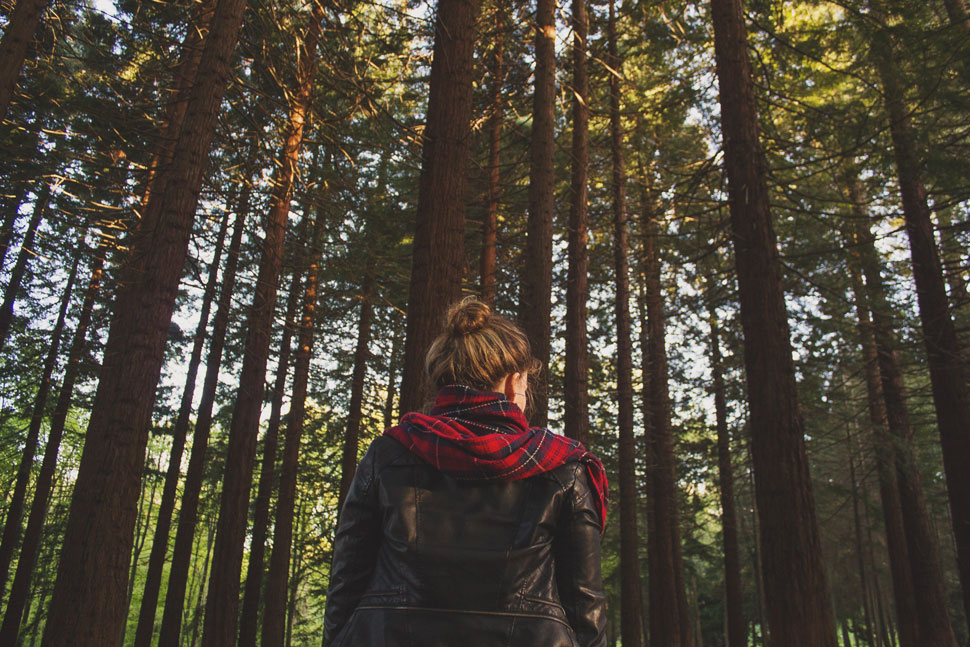 Pressure to match an idealized body image can bring on long-lasting shame and post-traumatic stress disorder and, in some cases, can lead to eating disorders such as bulimia. A link has been drawn between females who suffer from bulimia and their past experiences of paternal rejection or overprotection. Cognitive behavioral therapy is one way to treat bulimia by addressing the underlying harmful beliefs and thought patterns about one’s body. It is important to heal not only the mind andbody, but the heart as well, by releasing shame and developing a better relationship with yourself.

Constant pressure from society and our image-driven culture can make us believe things about ourselves that might not be true or reasonable. To look and be like those who are considered “perfect” by today’s unattainable standards may seem like the only option for success: to be thin instead of overweight, to be beautiful instead of ugly. These types of pressures to be someone other than yourself are painful ones, and they can feel especially traumatic to experience and navigate if they come from a loved one.

Jane Fonda, long-time actress, activist, and exercise entrepreneur, knows that devastating feeling of self-rejection all too well. As the daughter of Henry Fonda, who was also a famous Hollywood personality and award-winning actor, she learned quickly about being in the spotlight and the types of measures those individuals take in order to be a successful part of the celebrity community. Fonda, now 78, struggled with bulimia from the time she was a young teenager through her forties. She has recently attributed the onset of her illness to her father’s constant references to her weight and beauty when she was going through puberty.

“When I hit adolescence and the specter of womanhood loomed, all that mattered was how I looked and fit in,” she said in a recent letter posted to Lenny, a platform for female empowerment and advocate for positive body image. “My father would send my stepmother to tell me to lose weight and wear longer skirts. One of my stepmothers told me all the ways I’d have to change physically if I wanted a boyfriend.”

Not only did Fonda suffer from emotional and mental trauma due to the high expectations placed upon her, but her body also became very unhealthy and less resilient as the years went on. “It was in my 40s, and if you suffer from bulimia, the older you get, the worse it gets. It takes longer to recover from a bout.” Though females aren’t the only ones to suffer from this disorder, an interesting link has been drawn and studied between female sufferers and lingering feelings of early paternal rejection or overprotection. In Jane Fonda’s instance, it was her father’s rejection of her supposed shortcomings that contributed greatly to her bulimia—a rejection so hurtful and deep that it grew into powerful shame and long-lasting PTSD—challenging the myth that bulimia and other eating disorders stop after adolescence.

How Body Shame and PTSD Complicate and Perpetuate Bulimia

Though not all females who struggle with bulimia have a poor relationship with their fathers, the causation is widely studied and written about. In one broad study, nearly 75% of the 293 female patients said they had lived through trauma—nearly all of them citing some form of emotional, sexual, or even physical abuse by a male as the event or series of events. In another short-term study, most of the female eating-disordered patients—specifically those with bulimia—were dealing with repressed anger toward male authority figures. Navigating relationships with oppressive and authoritarian fathers, even if they are not physically abusive, can be severely painful and contribute to the onset of bulimia.

In Fonda’s case, the primary male figure—her father—was often both physically absent as a well-known celebrity and emotionally abusive in his applied pressures for her to achieve a “Hollywood” body rather than loving and accepting her for who she was as a person. Termed “Father Hunger” by Margo Maine in her bookFather Hunger: Fathers, Daughters, and the Pursuit of Thinness, this void can lead to an unobtainable and unrealistic body image, extreme dieting or diet fears, and an overall unhealthy relationship to food, often resulting in bulimia.

Despite the disorder’s association with young, teenaged women, the climbing rate of females over the age of thirty-five struggling with bulimia on a daily basis proves that the disorder doesn’t discriminate. Even into very late adulthood, as shown by a study done at Johns Hopkins school of Medicine, women aged sixty or older struggle with poor body image, negative views of self, and disordered eating patterns or extreme dieting tendencies. These increasingly high rates of older women struggling with either bulimia or signs of disruptive eating habits demonstrate that the negative thought patterns and psychological blockages they developed in childhood dealing with their own body images and the cultural idealization of beauty and the “perfect body” are not only long-lasting, but also in need of proper treatment and reversal.

Cognitive Behavioral Therapy as a Way to Heal the Subconscious

When food and diet simultaneously become the way you keep your body alive and the very things that threaten your existence, it is imperative to seek intensive and compassionate treatment as soon as possible. No matter how “under control” the bingeing, purging, and dieting seem to be, the physical outcomes of bulimia are simply representative of what needs to be healed mentally and emotionally. This can be extremely painful to admit—especially if the “father wound” or other traumatic event and subsequent PTSD aren’t known by anyone else—but admitting is the first step in being able to understand the roots of your disorder.

Psychotherapy, cognitive behavioral therapy, and family therapy have all been proven to be successful in truly getting at the emotional and mental contributors to bulimia—but cognitive behavioral therapy has been the most widely studied and effective form of treatment for this disorder and other eating-related disorders. Why? As a therapy that aims to change the negative subconscious dialogue to healthier thought patterns, CBT hinges itself on initially setting goals, meeting them, and obtaining a measure of self-awareness and confidence in order to progress and succeed in treatment.

Bulimia and other eating disorders all begin as harmful and dangerous psychopathologies and beliefs about the self that are generated in childhood and early adolescence. Extreme over-importance placed on weight and appearance due to emotional or physical traumas so early in life means that those negative beliefs are very ingrained in the psyche and must be altered and reversed in order for healing to take place, making cognitive behavioral therapy a long-lasting and deep-reaching choice. This becomes especially relevant in adult female patients with bulimia because those same thought patterns and harmful views on their bodies have been untreated and persistent for decades.

In one particular study of the immediate and lasting effects of CBT on bulimic patients, it was shown that over 50% of the women treated abstained completely from binging and purging tendencies, with nearly an 80% reduction rate overall. Even more telling about this particular form of therapy for bulimic patients were the lasting effects of completing it: five years after the initial study took place, follow-ups showed that over two-thirds of the same pool of women showed no signs of binging or purging and had significantly healthier outlooks and beliefs on food, their weight, and overall appearance.

Just like any other therapy, the effectiveness of CBT is enhanced and extended when paired with other individualized treatments, therapies, and healing options. For those individuals who have co-occurring depression, these options could look like regular yoga classes or outdoor hiking adventures; physical activity has been known to simultaneously reduce levels of cortisol and release endorphins. Some may find that hands-on holistic therapies such as pottery or drumming help with their co-occurring anxiety, and those who enjoy quieter activities may benefit greatly from journaling or moments of meditation to combat symptoms of residual PTSD.

Releasing the shame and stigmas that come along with your eating disorder will be challenging but will ultimately result in some of the most precious gifts—positive thought patterns; a healthy relationship to food, dieting, and meal planning; and better relationships with yourself and with others.

Bridges to Recovery prides itself on compassionate and open-hearted treatment of all its clients and can help you to address even the wounds that have been long buried. Individualized therapies, treatments, and activities allow for a personal treatment experience in order for you to heal your relationship with food, to others, and to yourself. Contact us today to begin anew.