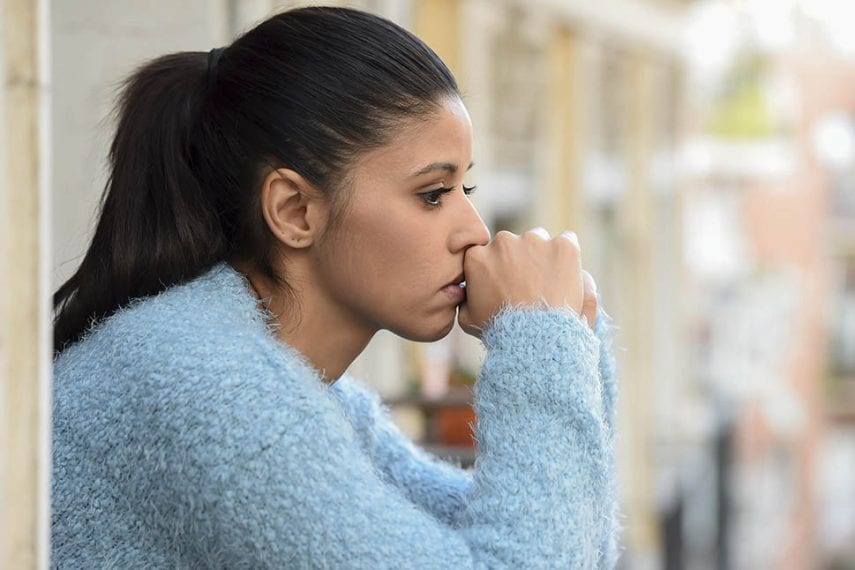 Some symptoms of bipolar disorder and ADHD are shared, such as unexpected mood shifts and restlessness. Because of this, achieving a differential diagnosis can be complicated. When ADHD and bipolar disorder co-occur, the situation becomes even trickier. If you suspect you have either ADHD or bipolar disorder, seek treatment from a qualified mental health professional.

If you’re suffering from the effects of bipolar disorder, you know the ongoing toll it can take on your mental health. Characterized by chronic and inexplicable shifts in mood between feelings of intense mania and intense depression, bipolar disorder can cause you great unhappiness and disrupt your ability to function as usual.

Without proper diagnosis and treatment, it could result in lasting damage to your health: Those with bipolar disorder are at an increased risk of drug and alcohol abuse, experience a higher risk of suicide over their lifetime, and have their life expectancy reduced by ten years.

Bipolar disorder shares many symptoms in common with attention deficit hyperactivity disorder. Often known as ADHD, attention deficit hyperactivity disorder is a psychiatric disorder that makes it difficult to maintain focus and control impulsive behavior. Because of a handful of outward similarities between the two conditions, it can be challenging for mental health professionals to diagnose them.

Understanding differential diagnosis—the process by which two diseases with similar symptoms are distinguished from each other—in these two very similar yet very different conditions is important if you feel you may be afflicted with one or both disorders.

Characteristics and Symptoms of Bipolar Disorder and ADHD

ADHD, which is often first diagnosed in school-aged children, is more common than bipolar disorder. It affects an estimated eleven percent of children in the United States and four percent of adults, while 2.6 percent of American adults suffer from the symptoms of bipolar disorder. Boys are three times more likely to be diagnosed with ADHD than girls, whereas bipolar disorder affects men and women at equal rates across all races and social classes.

Symptoms common to both bipolar disorder and ADHD include the following:

Because of the symptoms shared between ADHD and bipolar disorder, attaining a differential diagnosis can be complicated. Indeed, bipolar disorder is frequently misdiagnosed: A survey from the National Depressive and Manic-Depressive Association (DMDA) suggests that 69 percent of those with the condition are initially misdiagnosed, with over a third remaining undiagnosed ten years later. If you’re suffering from the serious effects of bipolar disorder, it’s crucial to have your condition properly diagnosed and treated to make sure you receive the best possible care and have the best chance of recovery.

Achieving a Differential Diagnosis in Bipolar Disorder and ADHD

If you have bipolar disorder, your mood will cycle dramatically between the two poles of mania and depression. You’ll experience periods of intense happiness followed by periods of equally intense sadness; these shifts aren’t sparked by any particular event and don’t seem to occur for any apparent reason. These mood shifts last a significant amount of time and can be debilitating and destructive—or even violent. Delusional or bizarre thinking may take place while you’re in the grip of one of these swings. When you’re not immersed in either a manic or a depressive state, your mood is very different—in fact, you almost seem like an entirely different person.

ADHD, on the other hand, most likely occurs when your brain produces too little dopamine, creating a craving for more. Dopamine, a compound that acts as a neurotransmitter, is charged with triggering the reward center in your brain. Without enough dopamine produced to satiate it, your brain will demand more, leading to possible depression, inattention, and a lack of focus. If you have ADHD, you may be easily distracted, hyperactive, fidgety, and forgetful.

Bipolar disorder is rarely diagnosed in children. Most people with bipolar disorder experience their first manic or depressive episode after age nineteen. ADHD usually first occurs in adolescence or earlier, with symptoms appearing by age twelve.

With bipolar disorder, your mood swings aren’t connected to anything happening in your life at the time of the shift. You can suffer a depressive mood swing during a time of success, or experience intense manic happiness in the middle of turmoil. The mood swings associated with ADHD, however, are triggered by life events: Happy events result in a happy mood, and vice-versa.

Speed and duration of mood swings

When you’re affected by bipolar disorder, it can take hours or days for your mood to shift to either a manic or depressive state; the mood will then be sustained for at least two weeks. With ADHD, your mood shifts up or down instantly, then shifts back in a matter of hours.

While exact causes aren’t known, bipolar disorder may be caused by genetics, environmental factors such as stress or trauma, chemical imbalances in your brain, or hormonal imbalances. Heredity appears to be a key factor in your odds of developing this condition: About sixty to eighty percent of cases of bipolar disorder have a hereditary link. A mental health professional looking to make a diagnosis would look for the existence of a family history of the disorder, as well as a family history of suicide. ADHD also likely has a genetic component, so a family history of that condition would be taken into consideration when making a diagnosis.

Your response to various medications can help determine whether you have bipolar disorder or ADHD. Bipolar disorder can often be managed through the use of mood stabilizers, whereas people with ADHD are often prescribed stimulants such as Adderall and Ritalin designed to increase dopamine production in the brain.

When ADHD and Bipolar Disorder Co-occur

If You Suspect You Have Either ADHD or Bipolar Disorder, Seek Treatment

If you receive appropriate and qualified treatment from a mental health professional, the outcome for your condition is good, whether you have ADHD, bipolar disorder, or both. Treatment for ADHD generally involves a combination of medication and psychotherapy. Bipolar disorder is best treated initially with a stay at a residential mental health treatment facility, where you’ll receive around-the-clock professional care and any appropriate forms of therapy, which may include individual, group and family therapy. If you have bipolar disorder in combination with a co-occurring condition such as ADHD, a residential facility will make sure you receive comprehensive and integrated treatment for both. A treatment facility will also help you adhere to a stable diet and consistent sleep routines and will provide you with a high level of support, all of which will help you recover stronger and sooner.

Bridges to Recovery offers comprehensive residential treatment for people struggling with mental health disorders as well as process addictions. Contact us to learn more about our renowned Los Angeles and programs and how we can help you or your loved one start the journey toward healing.