What I Told People When I Checked Into Treatment for Depression

May 7, 2019, Mary Ellen EllisBridges to Recovery 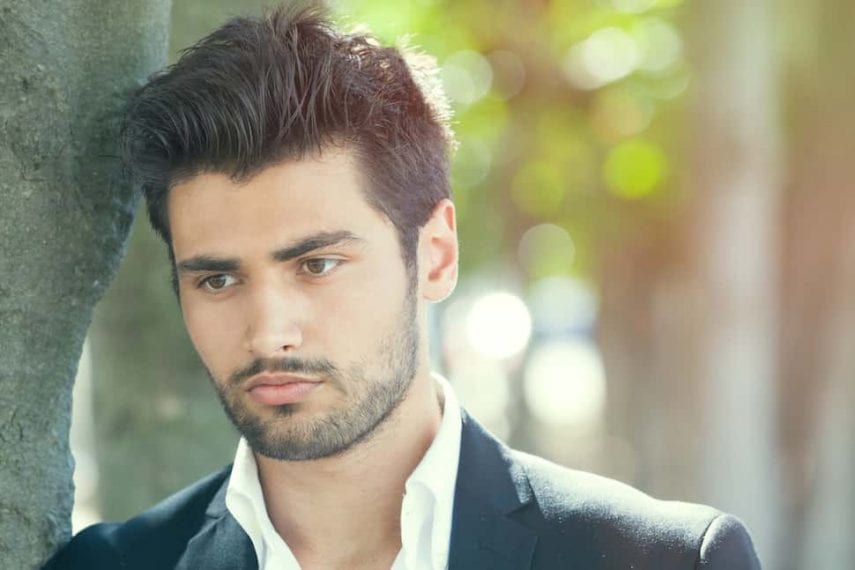 Mental illness carries a harsh stigma that is unfair to people who really struggle with these genuine medical problems. Awareness, education, research, and greater access to treatment are all helping to reduce the stigma associated with depression and other mental illnesses, but each individual still has to fight the urge to hide their difficulties. If you are struggling with depression, get help and don’t be afraid to tell people you care about what is happening and why you need treatment.

As a man, it felt wrong to be diagnosed with depression. I thought that women got depressed. I felt more angry than sad, but also hopeless and frustrated. By the time I got a diagnosis of major depression, my bad moods had taken over my life. I could barely get up in the morning, get through a day at work, or be the husband and father I wanted to be. I knew I needed depression treatment, but it was tough to talk about. My first instinct was to lie. Ultimately, though I was truthful with friends and family, and even my boss and I don’t regret it.

I had experienced some anxiety as a kid, and now that I look back on it with a more educated viewpoint I realize that I also had some depression. But as I became a teenager and then went to college, I gained more self-confidence. I realized I could run fast, joined track, and did really well in my math classes. In college I studied to become an engineer and met my wife.

With a career I loved as a mechanical engineer, a wife, and two little girls, it seemed like I had it all. I hadn’t imagined a better life than this, but something wasn’t right. I guess I felt a little sad, but mostly my moods turned angry. I got frustrated easily and irritable. I started lashing out at my wife. I stopped running, because I just didn’t have the energy for it, and my weight ballooned.

At work, I put on a brave face for a while, but it got harder. I found it difficult to concentrate and get things done and my performance went down to the point that my boss noticed. I called in sick more often too, because I couldn’t face it. Then, I started drinking more each night. My wife got worried, obviously, and pushed me to see my doctor.

I Got a Diagnosis and Agreed to Treatment

It was a big surprise when my doctor referred me to a psychiatrist and I got a diagnosis of major depression. What I learned was that depression in men doesn’t always express itself as expected. It’s typical for men with depression to be angrier, to be reckless, and to have physical symptoms. It sounded just like me over the last few months. Both my doctor and wife encouraged me to check into a residential facility for treatment for a few months.

Telling My Family About Treatment Was Hard

My wife was the push I really needed to agree to treatment. Even with the diagnosis, it was difficult to accept that I needed help. When she pointed out how my moods and behaviors affected our little girls, three and five, I knew I needed to change for them. And if residential treatment is what it would take, I was ready to do it.

The really tough part came when I had to tell other people in my family. I love my parents and my brother, but we haven’t always been that close. I was afraid they would be disappointed in me for having gotten to this point. With my wife I discussed the possibility of coming up with an alternative story for why I would be away for a couple months, but she is always the sensible one.

Together, we met up with my family and told them the truth. My mom cried, which was hard and one of the things I had feared. But she assured me she wasn’t disappointed, just surprised and worried. My dad and brother were stoic, but they also gave me some encouragement I wasn’t used to. As we left, my brother even admitted to me that he admired the choice I made, that it’s hard for him to talk about his feelings with his wife. I inspired him to open up more.

Telling My Boss Was Even Harder

Having told my family, who I know have to love me no matter what, it was time to talk to my boss. I have always been proud of what I have achieved in my career. I have my dream job engineering cars, and I’m good at it. I have worked my way up to a leadership position.

Not only did I not want to show weakness to my boss or co-workers, I also didn’t want to risk losing my job. I talked to the HR representative and my boss and they were so much more understanding than I had feared. I told them that I had been struggling for a while and that I felt the best way to get better for the long-term was to focus on treatment away from work and home. They agreed and respected my decision.

As I Talked About it, More People Opened Up About Depression and Mental Health

Getting over the hurdles of talking to family and dealing with work, I realized I didn’t actually have to tell anyone else that I was going to be treated for depression. But with the responses I got from them, I actually felt better about everything. My HR rep even talked to me about her sister’s battle with depression. She didn’t need to do that. It’s a personal story, but I think she could see my distress and wanted to let me know I was not the only one.

I even felt at this point that I could tell a few close friends. This is not an easy thing for guys to do, but when I told them they were supportive. My best friend, who I’ve known since college, even told me that he has an anxiety disorder. It was surprising to hear, but I was so grateful he shared it. It made me feel less different.

Two months after entering rehab I was back home and a week later went back to work. Starting out on this journey was challenging, but I feel like a better man now—not just because I have depression under control, but because I didn’t hide it. I know now that a lot of people, men and women, struggle with mental illness. The more we talk about it, the less scary and shameful it becomes.