May 12, 2016, Elisabet KvarnstromBridges to Recovery 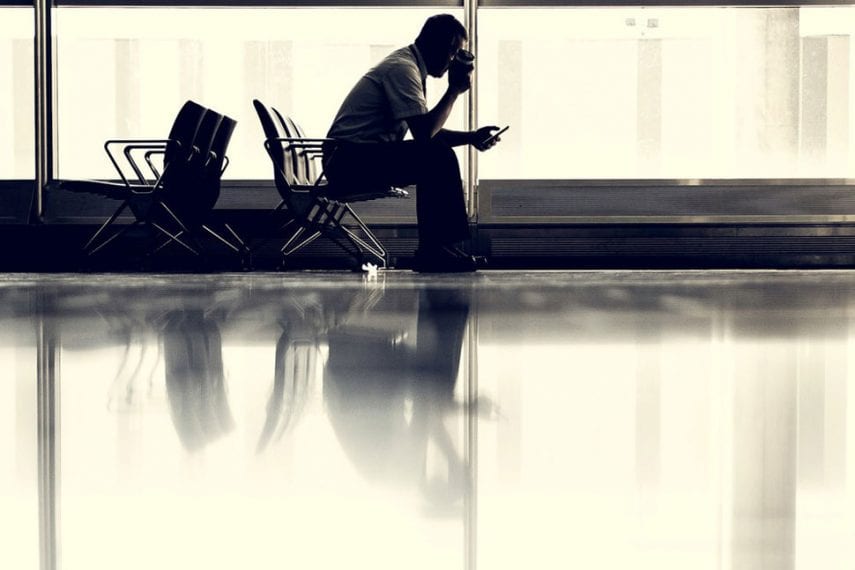 “I’m a doctor, and I have a mental illness,” writes an anonymous essayist for Medscape. “There you go, I wrote it. Nobody died. The world didn’t end and I didn’t start hyperventilating. But why did I find it so hard to write?”

The writer wasn’t new to experiencing mental illness. Ever since medical school they had experienced episodes of depression and anxiety—successfully managed by antidepressants. But last year, while working in an ER, something changed.

One day, a patient who had attempted suicide was admitted. Listening to that patient’s story triggered painful memories that I had buried long ago. Three days later, when at home and away from the distraction of work, I had a mental breakdown.

Unable to sleep, paralyzed by fear, and gripped by horrifying intrusive thoughts, they sought the counsel of a psychiatrist who immediately gave them a new diagnosis: PTSD.

But even as they started intensive trauma-focused psychotherapy and pharmacological treatment, they began experiencing a new kind of fear. “I could not see a way out,” they write. “I convinced myself that I’d never be able to return to work and have the career I’d worked so hard for. I felt that I would be judged or seen as weak and unable to cope.” Despite their own thoughtful and compassionate approach to patients experiencing the same afflictions, they could not extend the same kindness to themselves. “I realized that I was approaching my illness differently than how I would do for a patient in the same position.”

The reasons for the difference in approach are multiple, and they are complex. “Maybe it is that we don’t like to admit to being unwell because it is our job to look after others.” Or perhaps it is the fear of negative professional repercussions. Or that the nearly superhuman expectations placed on physicians leave no room for mental illness. Or it could be a fear of lawsuits if patients discover that you are suffering from a mental health disorder and question your competency. “But it doesn’t matter why. The point is that something needs to change.”

Despite the writer’s fears, their career was not negatively impacted by their illness. In fact, they write, “My supervisors and the occupational health department have gone out of their way to make my transition back as smooth as possible.” And, yet, the stigma, fear, and reluctance to seek treatment persist. “It is often said that you should treat others as you would like to be treated yourself. So why do we doctors treat ourselves differently from those we treat? Perhaps it’s about time we took our own advice.”

Taking that advice, however, is exceedingly difficult. “I had become a psychiatric patient and am embarrassed to say the stigma made me feel physically sick. I felt ashamed of being ‘weak,’” says Dr. Claire Polkinghorn, who was diagnosed with depression and subsequently hospitalized while working as a psychiatrist herself. “As a psychiatrist it is deplorable that I had such negative cognitions about mental illness.” Unfortunately, those negative cognitions are all too common, preventing thousands of doctors suffering from mental health disorders from seeking the help they need.

Doctors With Mental Illness Are Reluctant to Seek Help

In a study released last month, researchers at Cardiff University found that nearly 60% of 2000 physicians surveyed have experienced a mental health disorder or some form of psychological problem during their working years. What’s more, the vast majority never sought help; despite the fact that most doctors who had never experienced a mental illness said that “they would disclose any problems that arose,” exceedingly few actually do when the time comes. The study found that 84% of GPs said that they would disclose, but only 39% did so in practice. “You don’t do what you think you would do,” says Debbie Cohen, one of the study’s authors.

This reluctance to disclose goes some way toward explaining the disproportionately high suicide rate amongst physicians. “An analysis of 14 international studies conducted from 1963 to 1991, for instance, found that men in medicine had a risk of suicide 1.1 to 3.4 times as great as that of the general population,” writes Erica Goode in The New York Times. “Amongst women, the risk was 2.5 to 5.7 times as high.” According to Dr. Daniel E. Ford, Professor of Psychiatry and Medicine at Johns Hopkins University, part of the problem is a general lack of awareness of mental illness and treatment. “They don’t pick it up in their patients and they don’t pick it up in themselves,” says Dr. Herbert Hendin, medical director of the American Foundation for Suicide Prevention. In addition, the lifestyle the profession demands keeps many physicians from the social supports and interactions that could help them identify mental illness in early stages. ”Physicians are unbelievably busy,” explains Wendy Hansbrough, a nurse whose husband, a successful surgeon, committed suicide at the age of 55. ”None of them have much time to sit around chitchatting. They’re all running, they see each other in meetings or whatever. And they don’t look for it. They’re very blind to seeing stress in their colleagues.”

Internal and External Barriers to Treatment

But even when physicians know they are experiencing depression or another mental illness, “they find themselves trapped in a professional culture that discourages them from discussing their illness openly.” As Goode explains:

Medical training puts a premium on physical stamina and emotional resilience. Young doctors are taught to set aside delicate sensibilities, to accustom themselves to illness and death, and put the needs of their patients before their own. In such circumstances, revealing vulnerability – especially a problem of depression or another mental disorder – is not a recipe for career success.

In addition to professional concerns, many doctors see mental illness as existing in opposition to their understanding of themselves as independent and competent. “I found it hard to be a doctor-patient,” writes Dr. Polkinghorn. “I was usually in control but now felt a prisoner.” For others, seeking treatment for mental illness may feel like an admission of failure, preventing you from moving forward for fear of what needing help says about you as both a person and a physician. In fact, the opposite is true; getting help is a sign of strength and courage, and it is vital to ensuring the well-being of both you and your patients. “It’s critically important to recognize the problems when they exist and seek help,” says Dr. Kyle Jones, a physician who has struggled with anxiety and depression. “We are much more likely to cause harm to others and ourselves when we avoid getting help. The stigma is sometimes difficult to overcome, but seeking proper services not only helps us, it helps our families, our friends and our patients.”

Physicians who work in small communities may find it particularly difficult to seek help, as they have limited options in terms of treating clinicians, and often do not feel comfortable sharing their personal struggles with doctors they know personally. Seeking treatment outside of your community may be necessary to create a healing environment in which you feel safe and unencumbered by personal relationships.

Due to the unique internal and external barriers to treatment faced by physicians, they often do not seek help until their illness becomes impossible to ignore. At this stage, intensive treatment may be necessary to restore health. “It took almost six months—and a lot of hard work—for me to return to my job,” says the anonymous essay writer diagnosed with PTSD.

For many, residential treatment within a licensed facility with experience treating physicians and other medical professionals offers the best chance at rapid recovery. By combining evidence-based psychotherapy, holistic therapies, and judicious use of pharmacological treatment, these facilities can tailor treatment to your unique needs, and allow you to achieve faster healing than is possible in an outpatient setting. Residential treatment also acts as a safe space for you to explore and express yourself with the support of compassionate clinicians and peers, and break through the stigma that so often plagues physicians experiencing mental illness. Often, simply meeting other professionals who are struggling with the same issues you are and witnessing their transformations over the course of treatment can be deeply nourishing and give you strength as you embark on your own healing journey. Dr. Polkinghorn says:

Your fellow patients don’t judge you. There is a universal generosity of support, warmth and kindness. Being in a [residential facility] gave me the safety and support I needed. Doctors are not immune to mental health problems. Being a doctor can make you ill but as my community psychiatrist so wisely said, ‘It’s only a blooming job.’ I’m looking forward to going back to work but there is so much more to life.

Bridges to Recovery offers comprehensive, residential treatment for people struggling with mental health disorders as well as co-occurring substance abuse, process addictions, and eating disorders. Contact us to learn more about our renowned program and how we can help you or your loved one start on the path toward healing.