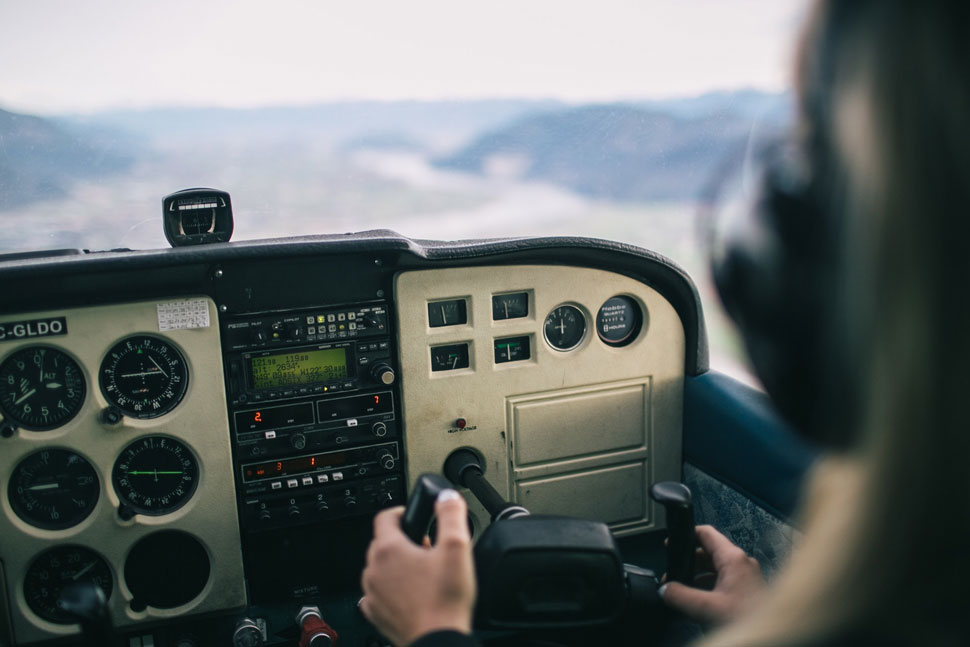 In the aftermath of the Germanwings crash in 2015, the aviation industry has grappled with how to support pilots experiencing mental illness. Expanding access to peer support programs may be a key part of the answer but for some, it may not be enough. When outpatient services are not giving you the relief you need, a residential program that specializes in treating professionals may be the best choice for rapidly regaining psychological stability within a supportive and comfortable environment.

On March 25, 2015, Germanwings Flight 9525 took off for Dusseldorf from Barcelona-El Prat Airport. Within 30 minutes, everyone on board the flight would be dead, as 27-year-old First Officer Andreas Lubitz crashed them into the Massif des Trois-Évêchés. As details of the crash came out, people around the world, including those who knew him personally, struggled to understand what would drive him to such an act. “He was really just a very normal, not very remarkable nice young man,” said Klaus Radke, president of the flying club where Lubitz learned to fly. A neighbor added, “He’s not the type of guy who would try and kill other people – absolutely not.” And, yet, he was.

When the investigation into Lubitz’s motivations began, it was quickly revealed that he had an extensive, documented history of psychiatric illness, including severe depression, psychosomatic disorders, and an anxiety disorder, dating back to at least 2008. Just two weeks before the crash, Lubitz had been referred to a psychiatric clinic. There, doctors observed that he had “shown symptoms suggesting a psychotic depressive episode,” symptoms of which his employer and those around him were unaware. In final report on the crash, French crash investigation agency Bureau d’Enquêtes et d’Analyses wrote: “No action could have been taken by the authorities and/or his employer to prevent him from flying that day, because they were informed by neither the co-pilot, nor by anyone else, such as a physician, a colleague or family member.”

Questions in the Aftermath

Andreas Lubitz’s exact state of mind at the time of the crash will forever be a mystery; we cannot know if he was cognizant of his actions or in a psychotic state. But for the families of the victims, perhaps it makes little difference; their losses are the same regardless of Lubitz’s psychiatric condition at the moment of impact. Nor are Lubitz’s actions an expected outcome of mental illness; after all, people with mental illness are far more likely to be the victims of crimes than to commit them.

But what the Germanwings crash does do is bring up vital questions about pilot mental health in general, and the barriers standing in the way of disclosure and treatment. While American airline pilots must undergo a physical exam at least once a year, there are no comparable psychological assessments, leaving it up to pilots themselves to recognize and disclose mental health disorders. Unfortunately, the deep stigma about mental illness in our culture in general and in the aviation community specifically prevents many from seeking the help they need, for fear that it will negatively impact their professional life or compromise their ability to fly.

So how do you remove obstacles to treatment and encourage pilots to open up about their psychological struggles? As Captain Sully wrote last year, “[P]ilots must be able to trust that they will be treated justly and not punitively should they develop a mental health problem.” According to an announcement by the Federal Aviation Administration last Thursday, the American aviation industry is implementing policies to nurture that trust and change the way mental illness is handled. “What we’re trying to do is destigmatize mental health issues,” says FAA chief Michael Huerta. Rather than making pilots fear the repercussions of disclosure and treatment, Huerta believes that the way forward is creating “a climate where people can voluntary report” and receive the help they need without punitive professional consequences.

While the FAA shied away from mandatory in-depth psychological screenings, they emphasized the need for enhanced training of the physicians who perform general fitness for duty exams and increased focus on mental health in such exams. For many, however, the most important piece of the FAA announcement was the expansion of voluntary peer-support programs similar to those available for pilots struggling with alcohol abuse. As noted in The Wall Street Journal, “Since the mid-1970s, the union’s pilot assistance programs have helped several thousand pilots with drinking problems remain behind the controls.” Making a similar program available for all pilots could drastically change the way mental illness is dealt with across the industry, allowing pilots from large and small carriers alike to receive meaningful support while preserving their jobs.

When Peer Support Is Not Enough

While peer supports and outpatient therapies can undoubtedly help pilots with mental health issues, residential care may offer the best outcomes for those struggling with serious mental health disorders or who have been unable to find relief via outpatient services. Choosing a program that specializes in supporting the needs of professionals in high-pressure jobs can be critical to optimizing the treatment experience.

At Bridges to Recovery, we offer the highest standard of care for people suffering from all forms of mental illness. Our renowned residential program is staffed by compassionate clinicians who understand the unique pressures faced by clients in high-pressure professions. Through an intensive program of individual, group, holistic, and pharmacological therapies, you can gain the insight you need to more deeply understand your psychological distress and create real strategies for moving past it. Because our program provides more therapy in six weeks than is possible in a year of outpatient care, you can experience

Because our program provides more therapy in six weeks than is possible in a year of outpatient care, you can experience rapid healing that lets you get back to your family and your work quickly. But our program isn’t simply about returning you to your job as fast as possible, it’s about creating true and lasting psychological change, nurturing ongoing personal growth, and expanding your capacity for joy. By working together, you can begin the journey to restore your health and regain the emotional stability you need to flourish both personally and professionally.

Bridges to Recovery offers comprehensive residential treatment for people struggling with mental health disorders as well as co-occurring substance use and eating disorders. Contact us to learn more about our innovative program and how we can help you or your loved one create sustainable wellness.