Gender Trouble: Social Expectations As A Barrier To Mental Health Treatment for Men 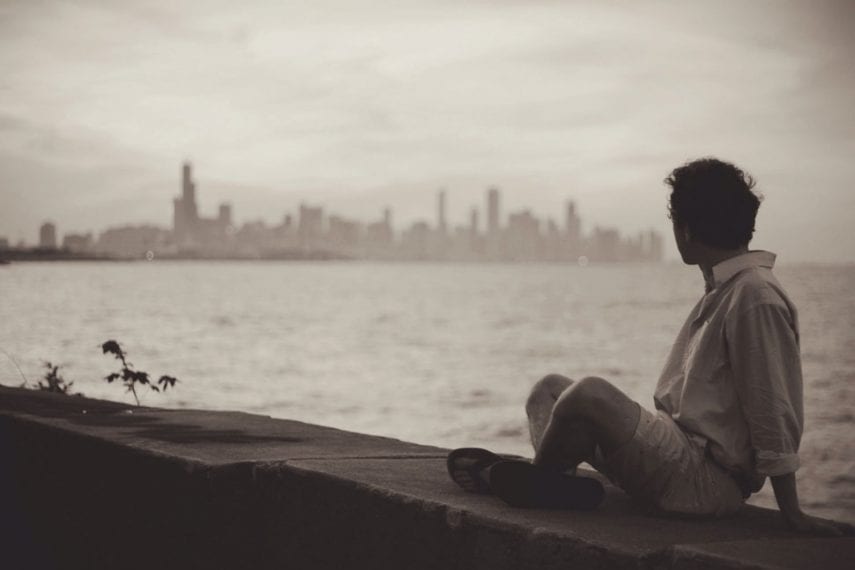 For the past two weeks, Kate/Jack has been feeling really down. S/he wakes up in the morning with a flat, heavy feeling that sticks with her/him all day. S/he isn’t enjoying things the way s/he normally would. In fact, nothing gives her/him pleasure. Even when good things happen, they don’t seem to make Kate/Jack happy. S/he pushes on through her/his days, but it is really hard. The smallest tasks are difficult to accomplish. S/he finds it hard to concentrate on anything. S/he feels out of energy and out of steam. And even though Kate/Jack feels tired, when night comes s/he can’t go to sleep. Kate/Jack feels pretty worthless and very discouraged. Kate/Jack’s family has noticed that s/he hasn’t been herself/himself for the last month and that s/he has pulled away from them. Kate/Jack just doesn’t feel like talking.[1. http://journals.plos.org/plosone/article?id=10.1371/journal.pone.0049779]

In 2012, a group of researchers conducted an experiment to see how gender differences inform how mental health is perceived, and who is encouraged to seek help. They presented 1,218 adults with the scenario above, describing a person’s emotional and functional struggle that fits the diagnostic criteria for depression. Half the stories identified the person as a man, while the other half referred to them as a woman. Respondents were asked whether or not the person in the story was suffering from a mental health disorder, and if they would recommend professional help. The results were disturbing, but not surprising: the respondents who read the story about Kate were significantly more likely to identify the presence of a mental health disorder and recommend treatment. Male respondents in particular did not see Jack’s story as indicative of a psychological illness, were less likely to recommend treatment, and had lower levels of sympathy for his situation.

The study reinforces what we have long known–men and women have drastically different relationships with notions of mental health, that are informed by cultural gender stereotypes. What is particularly illuminating about this specific study is that it plainly shows the difference in how social support networks treat men and women suffering from mental health disorders, how encouragement to seek treatment varies according to gender, and how men’s suffering is minimized.

The Social Construction of Treatment Barriers

Women are largely granted social permission to seek help for their psychological distress, partially because mental health issues are often regarded as a weakness and both physical and psychological weakness have historically been seen as feminine traits. While gender stereotypes have been used to oppress women and have themselves been the cause of profound psychological suffering and mistreatment, they have also provided opportunities for women to express themselves, find social support for their struggles, and seek professional mental health services.

Meanwhile, the construction of ideal masculinity has historically framed displays of emotion as undesirable in men, and incompatible with the image of appropriate male behavior. Expressions of psychological distress and vulnerability have been stigmatized socially and discouraged from a young age, causing many men to be reluctant to admit their emotional struggles–and creating powerful barriers to mental health treatment. These attitudes are part of many boys’ formative family dynamics, and are reinforced through our larger culture, becoming deeply ingrained in the psyches and self-images of men. Moreover, men generally have fewer models for how to talk about overwhelming emotional experiences, and may lack both the language to express themselves and the insight to identify their symptoms as indicative of a mental health disorder. Admitting that you are suffering from complex psychological pain can threaten your sense of self and cause great fear of rejection, emasculation, and loss of social status.

The damage done when you do not seek social support and professional treatment for your mental health disorder can be profound. In fact, suppressing your emotions and isolating yourself from a supportive network can cause and aggravate feelings of distress. In the absence of healthy coping mechanisms, many men turn to drugs and alcohol to self-medicate and drown their sorrows, compounding their existing psychological illness and creating a new, co-occurring substance abuse issue. Without effective intervention, symptoms often become more severe over time, as painful and self-destructive emotional and behavioral patterns become established and reinforced. Men are four times more likely than women to commit suicide. Though this is in part because they choose more lethal methods, it is also because they are significantly less likely to have healthy outlets and professional support for their emotional disorders.[2. http://www.helpguide.org/articles/depression/depression-in-men.htm]

Toward Freedom from Gender Restrictions

Breaking down gender stereotypes is crucial to freeing both men and women from their destructive effects. By encouraging men to speak openly about their emotions and develop the language necessary to describe their experiences, we can begin to create a healthy environment that truly supports men in their struggles with mental health. Discarding damaging gender expectations and accepting a full range of human behaviors as appropriate for both men and women will allow each person to discover their authentic self and develop ways of expressing and processing emotions based on their needs, not restrictive social norms. As more public figures disclose their mental health disorders, you may both find role models for your own experience and benefit from the effects of destigmatization. In the meantime, it is vital that each us works towards ending the limiting effects of gender expectations by welcoming and supporting men as they speak about their experiences with psychological illness.

Bridges to Recovery offers comprehensive treatment for mental health disorders in a warm, nurturing environment for both men and women. Contact us for details about how we can help you on the road to healing.